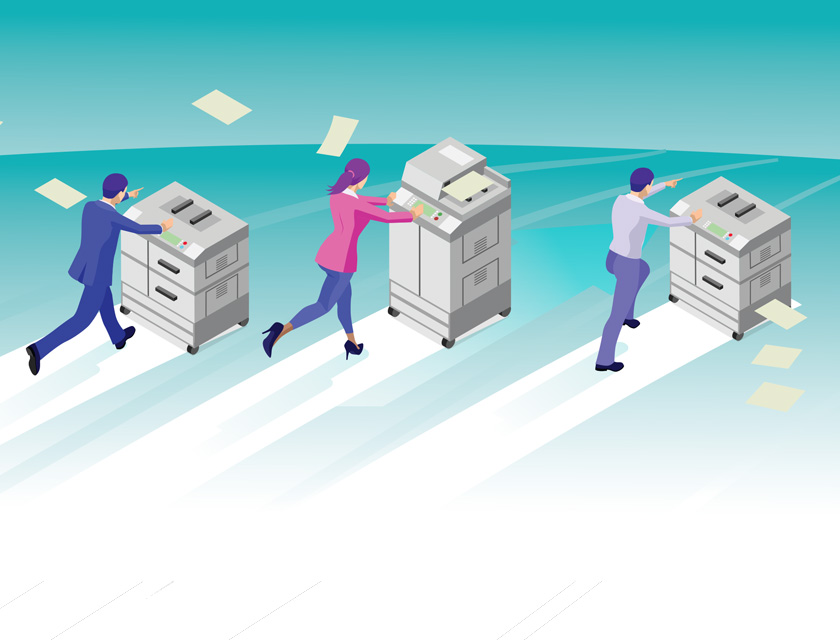 Invent for an established market. Competitors are not always your enemy.

Working as a patent attorney’s assistant in the early 1930s, Chester Carlson was frustrated by the slow and awkward process for copying and mailing patent copies from the then-United States Patent Office.

The only means for making document copies of reasonable quality was the Photostat process, which created a black copy with white print using photography and its chemical development. It was obvious to Carlson that someone had to invent a much simpler and less expensive process, if for no other reason than to enable the patent office to rapidly copy the tens of thousands of patents that patent attorneys and inventors wished to have.

Carlson began work on a dry copying process in 1934 and was able to demonstrate his photoelectric/electrostatic process in 1938. Originally called electrophotography, it is now called xerography.

He contacted 20 companies that should have been interested in his process. Presumably, he demonstrated it to some of them but received what he later called “an enthusiastic lack of interest.”

Most likely, the complicated eight-step process turned off prospective licensees. Not only was the number of essential steps raising eyebrows, but the application of a high-voltage, electrostatic charge in two of them raised safety concerns.

Finally, in 1944 the inventor, physicist and patent attorney convinced the Battelle Memorial Institute of Columbus, Ohio, that his process could be reined in, automated, and housed in a cabinet that would not reveal a mechanical monstrosity. The first Xerox® machine was produced in 1958.

What can we learn from Carlson’s venture? Some possibilities:

In the previous issue of Inventors Digest, I wrote about Robert Kearns, the inventor of the intermittent windshield wiper. Kearns’ invention was up against Ford’s attempt to develop a time delay for the vacuum-operated wiper. (Wipers were powered by the vacuum from the vehicle’s intake manifold at that time.) So, the need for his invention was already understood.

But in Carlson’s case there was no practical office copier, so he had to convince prospective licensees that a substantial market was waiting for fulfillment. It might seem obvious that managers of our large corporations would immediately grasp the opportunities presented by invention, but don’t depend on it.

Is it possible to state principles that offer general guidance for the licensing of inventions? Sure. But such principles are not absolute. Exceptions exist.

At minimum, the above principles should be used as a checklist before you begin spending a significant amount of money on your latest great idea. Infatuation can get you in trouble.