How to Re-Stoke Our Creative Fire? 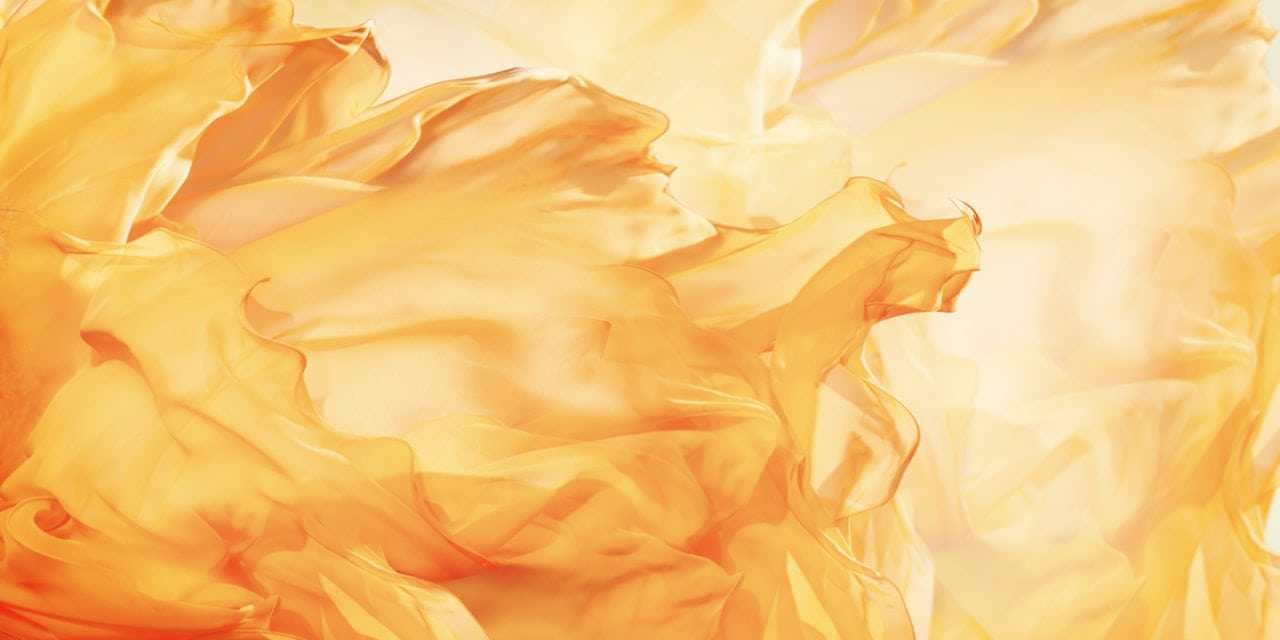 The first panel at the recent LeadershIP conference in Washington, D.C., addressed IP policy in the Trump Administration. At times, the diverse voices and viewpoints were as controversial as the president himself.

Kieff explained that if we shift our frame of mind as it relates to intellectual property, we can have a large benefit for a very low cost. That said, “If we try very hard to provide direct incentives to inventors to invent or investors to invest… we are going to have to have an immense amount of information.” Conversely, if government were to get involved only to the extent of settling the law and allowing private parties the certainty to contract, little or no information is necessary about the motivations of the parties because everyone will be free to act according to their own preferences.

Kieff likened patent rights to a flashlight held in a dark room. He explained that if a property right such as a patent can be like a beacon in the dark—which can be found by those who are similarly interested in that asset—the government does not require massive amounts of data, or to know what is motivating each person. When the benefit is indirect and left to the parties to figure out, the government need only set rules so that those interested in the asset can contract accordingly in an environment of certainty and stability.

Unfortunately, the law as it relates to patents is anything but stable or certain, and the Judicial, Executive and Legislative branches of government are in the way of the private sector achieving private negotiated administration of property rights.

A patent is a property right

Schneider began his remarks by quoting from the Declaration of Independence: “’We hold these truths to be self-evident’—these are powerful, poetic words. Some of my Libertarian friends forget that the government was created to protect our inalienable rights.”

He said he began with the Declaration of Independence to drive home the point that these questions are political in nature. “We’ve polled our CPAC (Conservative Political Action Conference) attendees on intellectual property. Thirteen percent of attendees did not have an opinion,” Schneider explained. “Of those who did respond, almost 95 percent of conservatives believe intellectual property rights should be strengthened. Only 5 percent thought they were too strong and should be weakened.”

He added that there is a deeply held belief among conservatives that property simply should not be taken away by the government without proper recourse. “The thing that most grassroots conservatives care about is that people don’t trespass on their property,” Schneider explained. “There is this visceral reaction to people taking their stuff without recourse.”

We can argue, perhaps, whether patents are being taken away without proper recourse, but when so few procedural rights are afforded to patent owners at the Patent Trial and Appeal Board, and speed is exalted above all else—including fairness—real questions are legitimately raised about whether due process of any significant kind is afforded to patent owners in PTAB proceedings.

What cannot be debated with any sincerity, however, is whether a patent is a property right (that is stipulated in U.S. code), although some still do. A long line of Supreme Court cases equate patents to property rights.

The first controversial statement from the panel came from Lemley. He said that if you look at decades of data, the fundamentals of the patent system have been moving along status quo regardless of changes to patent law. Lemley’s point was that patents continue to be applied for and continue to issue in record numbers.

Although this is true, in some segments it is practically impossible to obtain patent protection in the United States. Those segments are areas where our country has historically had a significant technological advantage—namely, in software and biotechnology. Also, a U.S. Chamber of Commerce report issued this year said that America has fallen from the top jurisdiction in the world in terms of patent protection to 10th (see related story).

This doesn’t sound particularly like the fundamentals of the patent system are strong, or moving along just fine. The reality is that the American patent system is in crisis, as affirmed by Judge Paul Michel, retired chief judge of the United States Court of Appeals for the Federal Circuit, in his opening keynote address.

The problem with patent law, according to Lemley, is that there is no independent invention defense. And he said that the problem with not having an independent invention defense is, people who invent themselves couldn’t possibly find out about what others have invented because these inventions reside in unpublished patent applications at the patent office. “You have people who genuinely tried not to infringe,” Lemley said.

If you believe those who infringe genuinely are trying not to infringe you might be tempted to believe Lemley. But when you build an argument on something that is provably false, the entire argument tumbles like a house of cards.

In fact, those who infringe do nothing of the sort. In many major corporations, patent searches are simply not done, and in fact reading the patents or patent applications of competitors is strictly forbidden. Furthermore, when these infringer companies are notified that they are engaging in activities that infringe the rights of patent owners, they generally do not attempt to engage in licensing talks or any kind of due diligence, which you would expect from those who are genuinely trying not to infringe, as Lemley suggests. Instead, the infringer companies simply throw away the letters they receive. In-house corporate attorneys speaking at industry events are practically giddy as they explain that they simply “circular-file” letters they receive from patent owners, or laugh when they say that they don’t infringe valid patents.

Although Professor Lemley is entitled to his opinion, and he is an excellent and formidable attorney, he is not entitled to his own facts. Deliberate disdain for patent property is a purposeful business model driving mega-tech IT incumbents. This business model is called “efficient infringement.” Efficient infringement is a cold-hearted business calculation whereby businesses decide it will be cheaper to steal patented technology than to license it and pay a fair royalty to the innovator, which they would do if they were genuinely trying not to infringe.

Large entities realize there are a certain number of patent owners who are simply not going to assert their patents for one reason or another—frequently because they don’t have the money to do so. Then there is another group of those that will assert their patents but will not win. The efficient infringement calculation progresses to realize that there is only a small group of those who are likely to assert patents and prevail, thanks to all of the hurdles put in place (i.e., patent eligibility challenges, the Patent Trial and Appeal Board, etc.). The calculation further recognizes that even if a patent owner prevails, a permanent injunction is virtually impossible to obtain as the result of the Supreme Court’s decision in eBay v. MerchExchange, and damages are likely to be minimal thanks to a continual judicial erosion in damages available to vindicate valid patent rights that have been adjudicated to be infringed.

Lemley also disagreed with Judge Michel that the patent system is in crisis, noting that the uncertainty to the extent it exists is a patent litigation matter, and patent litigation is a very small part of the overall system. This allows him to come to the conclusion that changes to the law do not greatly impact the system.

According to Lemley, so much of why people get patents relates to considerations other than litigation. Lemley is correct but misses the critical point, which is that the value of a patent is tied directly to the likelihood that it could be enforced in litigation. An exclusive right without the ability to be enforced isn’t much of a right, and is worth very little. So as patents have become less likely to be patent eligible, and as patents have become so much easier to challenge and therefore much more vulnerable, the entire corpus of issued patents have been dramatically affected by a series of self-inflicted wounds that have rather stupidly forfeited the American advantage.

The inconvenient truth is, America no longer fuels the fire of creative genius with the patent system. Meanwhile, China is open for business; effective April 1, both software and business methods were to be patent eligible in China. Germany is also open for business. There, an injunction is routinely given to victorious patent owners—which, as Judge Michel explains, frequently leads to settlements after a verdict. The United Kingdom is also open for business and is the top jurisdiction in the world for patent protection, according to the U.S. Chamber of Commerce. The U.K. is tied for first with Switzerland, Sweden, Germany and France. The United States is tied for 10th, with Hungary.

“There is a presumption somehow that patents are not good—that strong, enforceable patents are really just monopolies,” Schneider explained. “If government officials believed patents are good, you’d see a different outcome.”

A voice of hope

Perhaps there is some reason for hope. According to Deanna Tanner Okun, there is reason to believe that the Trump Administration will be pro-enforcement, which would be good for patent owners.

“Here is someone who believes in enforcement and believes in protecting U.S. rights,” said Tanner Okun, speaking of U.S. Trade Representative nominee Robert Lighthizer. “I look at this, and I see opportunity… there is a lot of room for positive things to happen.”

She wrapped up the panel by asking about the message America is sending overseas with our actions at home. She lamented the fact that we are losing sight that the reason we have capital come into the United States is because we have strong intellectual property rights. “What message does it send to economies abroad,” said Tanner Okun, “if signals coming out of the U.S. are going the wrong way that send the wrong message?”