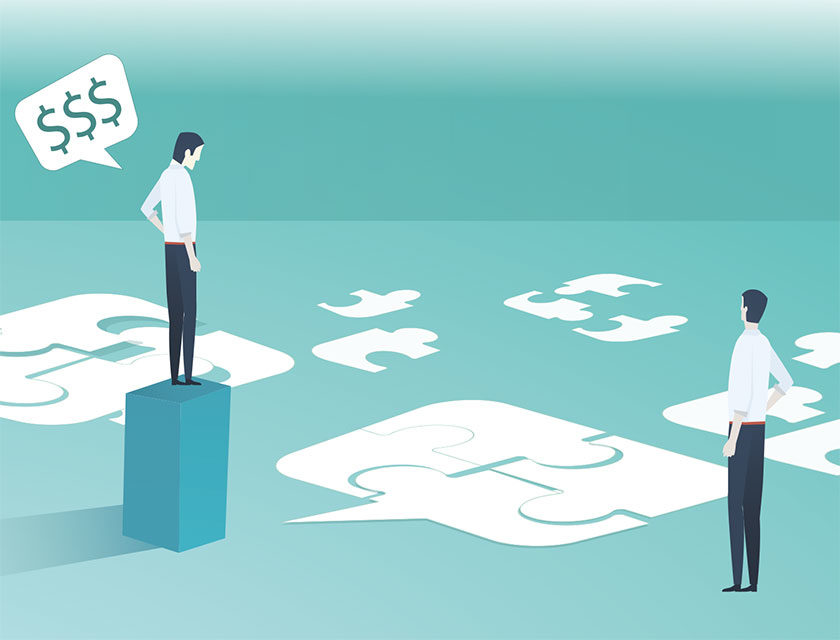 How pros have perfected this essential element of the sell-sheet

Author Ted Nicholas spends weeks creating several taglines for a single product, reshaping them again and again, and finally selecting the best of the best.

A tagline is the word, phrase or sentence that attracts a potential buyer’s attention and arouses interest in your invention or product. It is the first combination of words a reader will see on your sell-sheet or in your advertisement, often even before his or her eyes are attracted to the photo or drawing.

You have only a second or two to attract attention and a few more to arouse interest. These are the hard-working twins that draw your reader into the sales pitch section of your sell-sheet. Some experts claim the total for both is no more than five to seven seconds, usually fewer.

So, how do the experts in the science aspects of advertising accomplish this crucial feat? By appealing to the emotions of the reader if possible—but in every case appealing to his or her self-interest.

Ted Nicholas, author of “How to Form Your Own Corporation Without a Lawyer for Under $50,” sold more than a million copies of that book. He is a multimillionaire from that book alone and has written and published several others. His secret lies in creating a tagline for his ads as the first step before he begins any other effort for a new book,  invention, or new product idea.

Nicholas’s son, Dave, reveals that his dad actually spends weeks creating several taglines for a single product, reshaping them again and again, and finally selecting the best of the best. Before writing the first draft of the finished tagline, Ted Nicholas begins by determining:

There’s a powerful parallel here for inventors. Ted’s principle is simple: If you can’t attract buyers to your product, there is no point in pursuing it. And whether your “product” is something tangible or it is the licensing of your patent, people will ultimately have to purchase your invention when it becomes a marketable product.

So, even with a middleman—your licensee, if licensing is your goal—it is essential that you visualize a marketing channel; a customer; the main benefit that customer will derive from your invention when it becomes a product; and its significant secondary benefits.

Note Ted Nicholas’s tagline, which is also the title of his book: It has 11 words, or 12 if you count the a.

Note also that Nicholas didn’t even mention the benefits yielded by incorporating; he assumed that was a given. He emphasized forming it yourself—which, depending on how the reader feels about lawyers, could be of significant benefit. Thus, he squeezed in two benefits: ”without a lawyer,” and “under $50”—a very low cost compared with hiring a lawyer to file for you.

In any case, don’t assume that a potential licensee will instinctively sense the marketing value of your invention without a convincing sell-sheet: one that is written about the benefits the customer will receive, not the licensee. The licensee already knows that his or her benefit will be profit, assuming that the product sells. And when a potential licensee asks, “Would I buy this?”, your sell-sheet must be convincing.

The tagline, of course, is the foundation of your sell-sheet. Ted emphasizes that most inventors or product developers are so exhausted from the work of developing the product that they tend to slack off when it comes to developing their sell-sheet, sales letter, or advertisement.

But a less-than-perfect tagline can lead to failure in the marketplace.

Gerardo Joffe was another very talented advertisement creator. He was one of the country’s most successful direct-mail sellers of a variety of products, ranging from a combination microscope and telescope to a postage scale without springs.

Joffe often went to Europe and Japan looking for unusual products that were not sold in the United States. One of his top items was a wind-up shaver. It sold well, but when NASA selected it for the astronauts to use on their round trip to the moon, he got permission to use their logo and renamed the device the “Moon Shaver.” He sold 200,000 Moon Shavers at an average price of $23.95 in seven years.

Joffe preferred to attract attention to his product with unconventional statements rather than taglines, and let the photo or drawing of the product—together with his intriguing opening words—pull the reader into the sales pitch. In one case, an early hand-held electronic calculator, he simply used the model number, Casio CQ-1, as his headline, along with a hand-drawn illustration.

Direct mail selling has its own peculiarities, and brevity of the tagline equivalent is essential. Still, Joffe has taught us the absolute importance of attracting attention and arousing interest as the first two components of our sell-sheets.

One of Joffe’s products was his book, “Make At Least One Million Dollars in the Mail-Order Business.” That title is more like the conventional tagline. Joffe shrewdly squeezed in another eight words in small type, but not as a subtitle.

The first words were the “callout,” as the term came to be known. It reads, “Now you too can,” which precedes the word “Make.” And the other four words, “but probably much more,” are between “Dollars” and “In.”

Now, bear with me for a bit of nostalgia: Joffe and I partnered on selling my first self-published book. The deal was that he would pay for the $2,000 ad in the Wall Street Journal and give me a dollar plus the book’s cost to print for each book sold. As I recall, we sold about 60 books at $10 each.

Even the best mail-order experts fail on many—probably most—of the items they test. The title of my book was, “How to Get Hired Faster, For More Money, Whether You Are Presently Working or Not.” I modeled my title after Ted Nicholas’s corporation book mentioned at the beginning of this article.

I met Nicholas at the annual booksellers’ convention in Chicago. He was impressed with my book, and that I had modeled my title after his. A week or so after the show, he phoned me and offered to republish it, and I had dreams of making big bucks.

Part of the deal was that I had to research the competition. When I found 17 other books that competed with mine, I knew he would change his mind. I was right.

But a few weeks later he phoned me and asked me to write a book on part-time businesses. I wrote it; he (Enterprise Publishing) published it; and I got the grand sum of $1,500 upfront, which helped offset the loss of nearly $5,000 on my “getting hired” book.

The book I wrote for Nicholas, “Make Money by Moonlighting,” is still sold on Amazon.com. (I’ve often mused about what other fate would have awaited me if I had done the same research before investing in writing and publishing my “Get Hired” book.)

In any event, when I caution you about researching your market as a first step and being fanatical about writing great taglines, it is based on being beaten to my knees along the way. Inventing is not recommended for weak people or persons who are certain they will succeed on their first venture.