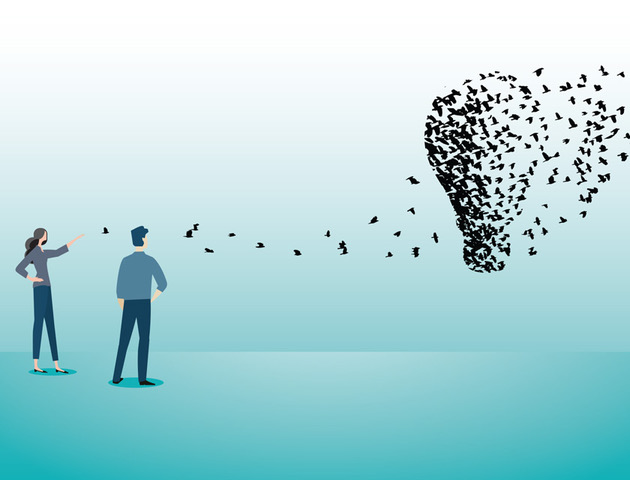 Sometimes, invention solutions require us to go beyond what we can see

If the need, want, problem, or opportunity for an invention isn’t staring us in the face, it’s “out of mind.”

“Out of sight, out of mind” is a saying my granny used for scolding me when I forgot something. It has another meaning for inventors.

My wife and I love birds. We have two feeders on our patio, and, since we live in Connecticut, we also have a heated source of water for their drinking.

The bowl is terracotta, a kind of dull orange. That’s not a natural color for a source of water, and we found the birds seldom drank from it. But there’s another reason: Natural sources of water, such as a stream or pool, often have a ripple pattern produced by the breeze. And we don’t have a lot of breeze on our patio.

Well, some bright inventor designed a flea-powered water rippler. It looks like an inverted cup without a handle. Two D-size batteries keep the impeller turning for several months, and the birds respond. The ripples not only provide a natural appearance to the water surface, their movement attracts attention.

So without the rippler, the bowl is, in effect, out of sight to most  birds. And that’s a problem we inventors often encounter. If the need, want, problem, or opportunity for an invention isn’t staring us in the face, it’s “out of mind.”

It never occurred to me why the birds weren’t drinking. (I hate it when Mary comes up with solutions that should have been mine. It’s not fair. I’m the inventor.) But I excuse myself because solving the problem requires thinking like a bird, not an inventor.

We can apply the “think like a bird” concept to many situations. Hunters think like a deer when they tie a salt lick to a tree to attract their game.

The inventor of the wind sock, used at small airports to indicate wind direction, had to think like a pilot. The inventor of the cell phone mount that fits in the cup holder between the front seats of a car thought like a driver who uses his or her phone or a GPS device frequently, and wants a secure way to hold it.

Granted, most of these cases are obvious, and maybe the thinker is the person with the problem. But in the case of the birds not drinking, we might say the thought process is once removed. It’s not our problem, and the person or animal whose problem it is may be too close to it—too familiar with it—to think of a solution.

There’s another side to “out of sight, out of mind.” The history of flight has at least one case in which the inventor tried to imitate the flapping wing motion of birds as a way to lift off something much heavier than the air. It required Leonardo da Vinci, in the 1480s, to think unlike a bird to invent a practical means of heavier-than-air flight.

In 1982, I applied for a job as an engineer for a medical instrument company. I had no prior medical instrument experience, but in order to hopefully impress the interviewer, I proposed what is now called a stent. My objective was to prevent blood clots from the legs reaching the lungs and killing a person, which was not uncommon at that time.

Nothing came of it, but four years later the stent used for clearing arteries was introduced by a company in France. I was thinking like a doctor, but probably too late. I did, however, get the job—and later invented the mechanism for the first disposable laparoscopic surgical instrument.

No doubt there are countless examples of both aspects of “out of sight, out of mind” that we will come across as we live new experiences and think of old. Every trade or profession has a need, want, problem or opportunity that has not been filled.

And there’s often a time gap between the available technology and its application. Radar has been around since World War II, and we could have applied it to rear-end collision warnings long ago.

Big corporations have inertia. Why didn’t they invent the automatic windshield wiper? Robert Kearns, who did not work for any of the auto companies, invented it.

I’m semi-retired nowadays, but I’m now thinking like a bird. I have to, in order to keep up with Mary.