Your USPTO: Magic Moment – 11 Millionth Patent Inspired by the Heart 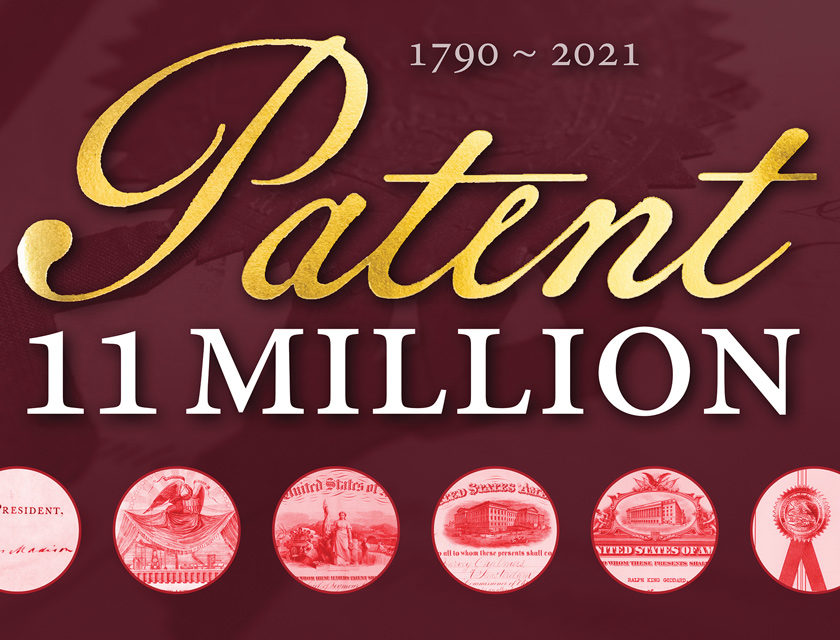 If the stereotypical inventor is a garage tinkerer, the recipients of the 11 millionth U.S. utility patent are a perfect fit.

The patent, issued on May 11 to co-inventors Jason Diedering and Saravana Kumar at 4C Medical Technologies in Maple Grove, Minnesota, is for a medical device that positions (or repositions) an expandable prosthetic valve in a patient’s heart and can prolong lives.

Their discovery is ingenious in its simplicity, involving a catheter tube with a set of wire pairs. Each pair includes one wire with a looped end and a second with a straight end. The pairs work together to deliver, release, and position the prosthetic valve within the heart.

This new device and approach, called AltaValve, is especially intended for situations in which blood is flowing backward through the mitral heart valve.

Kumar said in a statement that the co-inventors are “incredibly excited and honoured” by their milestone achievement. “The 4C Medical beginning is a true story of American entrepreneurship, where Jason and I worked in a garage many nights and weekends to turn this idea into reality.”

Diedering said: “4C Medical’s approach to inventing is simple. We identified a need, created a solution, and demonstrated its benefits. We are a team of highly driven and creative engineers who are committed to bringing lifesaving technologies to people who need it most.”

The invention also comes with historic symmetry in the field of cardiac technology.

The original wearable cardiac pacemaker was invented at another central Minnesota company, Medtronic, which was a small startup in the mid-1950s and is now one of the world’s largest medical device companies. Fridley-based Medtronic is 11 miles from 4C Medical Technologies.

U.S. Patent No. 11 million comes 35 months after the 10 millionth patent, issued on June 19, 2018, for “Coherent Ladar Using Intra-Pixel Quadrature Detection.” The patent application lists the inventor as Joseph Marron of Manhattan Beach, California; the technology is owned by Raytheon Co. in Waltham, Massachusetts.

Unlike the relative simplicity of the process used in Patent No. 11 million, the 10 millionth patent’s description entailed 140 words involving detector elements, a photosensitive region, and quadrature components. Essentially, it involves a remote sensing method that uses laser pulses to deliver 3D images of Earth and other objects.

The USPTO has granted an average of more than 300,000 patents annually since 2010. It has issued another 1 million design and plant patents, as well as roughly 10,000 patents from 1790 to 1836 before the current numbering system was established.

Drew Hirshfeld, performing functions and duties of USPTO director, said the technology provides “a reminder of just how lucky we are at the USPTO to be working with innovators so focused on advancing society.”

Said U.S. Secretary of Commerce Gina Raimondo: “This momentous benchmark is a reminder of the remarkable and enduring tradition of American innovation that has driven our nation forward for generations. Building our economy back stronger requires new ideas and innovative solutions from every sector.

“I am proud to recognise patent 11 million, its inventors, and its promise.”