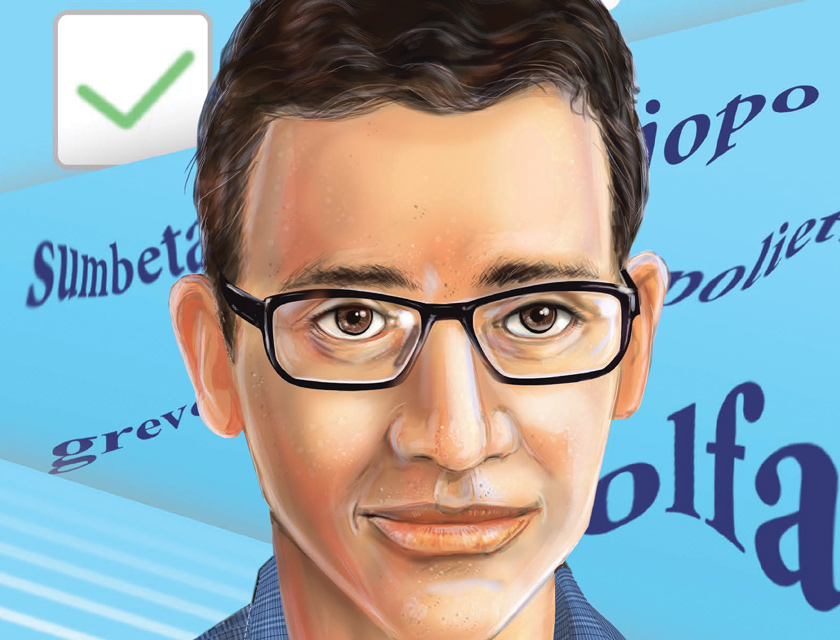 Luis von Ahn says his brain teems with multiple ideas every day, all day—and “the vast majority of these are completely idiotic.”

True or not, some of those ideas have changed how we use the internet. The baby-faced computer scientist, educator, and entrepreneur from Guatemala had a profound impact by age 20.

As the world celebrates Computer Science Education Week December 6-12, it can also celebrate von Ahn’s prominent role in improving the security of internet sites, digitizing books through crowdsourcing, and more.

As a child, von Ahn wanted a Nintendo® console. But his mother, struck by his boundless mental energy and potential in computer technology, instead got him a Commodore 64® computer when he was 8. He designed his first functional application at 12.

Yahoo! was being overrun by spammers who needed huge amounts of email accounts from which to send their spam, using automated computer programs to sign up for them. The one-word password reading test for both computers and humans could only be passed by humans, meaning automated spam programs could no longer sign up for Yahoo! accounts.

It is estimated that at least 750 million people around the world have solved at least one CAPTCHA, now used by most major websites. (CAPTCHA stands for Completely Automated Public Turing test to tell Computers and Humans Apart.)

But eventually, von Ahn wanted more than just an internet security innovation. This led to reCAPTCHA—which, instead of using random letters and words to decipher, uses fragments of old books that need to be digitized but previously could not because of aging of the pages that causes some words to be unrecognizable by the machines.

With reCAPTCHA, millions of people are simultaneously contributing to the process of transcribing books for the internet. In 2009, Google bought the rights to CAPTCHA and reCAPTCHA for somewhere between $10 million and $100 million, according to von Ahn.

Now a professor at his alma mater, Carnegie Mellon University, von Ahn received a master’s degree in computer science in 2003 and his Ph.D. in 2005. He also created Duolingo®, the most popular language teaching app in the world. It covers more than 80 different languages.

Von Ahn uses the concept of gaming with a purpose or (GAWP) in Duolingo just as he did in reCAPTCHA; People who practice the different levels must translate several phrases and words that, if correctly placed, are uploaded to the web. This makes an increasing number of internet pages available in all languages.

In 2018, von Ahn was awarded the $500,000 Lemelson-MIT Prize in honor of his commitment to invention, education, and mentorship.

Requests for the USPTO trading cards can be sent to [email protected]. You can also view them at uspto.gov/kids.