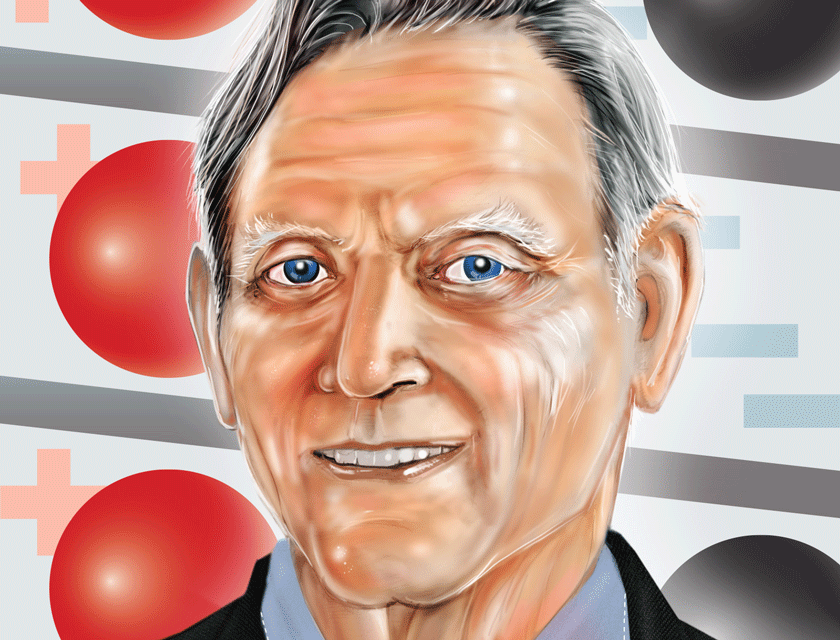 John B. Goodenough’s battery is still going strong—in more ways than one.

The co-developer of the lithium-ion battery will turn 99 on July 25. He still holds faculty positions at the University of Texas at Austin, in the Cockrell School’s Walker Department of Mechanical Engineering and Department of Electrical and Computer Engineering.

“Don’t retire too early,” Goodenough joked on Oct. 9, 2019, when he was announced as the oldest Nobel Prize winner in the award’s history. He was in London to receive the Copley Medal from the Royal Society—the world’s oldest surviving scientific award, dating to 1731—when he learned he was a Nobel laureate in chemistry. He was awarded the prize along with M. Stanley Whittingham and Akira Yoshino.

Goodenough is a major player in the wireless revolution. He identified and developed crucial materials for providing the high-energy density needed to power portable electronics, from laptops to smartphones and electric/hybrid vehicles.

“Lithium-ion batteries have revolutionised our lives since they first entered the market in 1991,” the Nobel Foundation said in a statement.

“It’s how people use the technology,” Goodenough said in an interview with the Nobel Prize website the day his selection was announced. “That’s the important thing.

“You put the technology out there, and it could be used for ill or for good. And if they use it for good, I’m very happy…Technology is morally neutral.” He was recently still developing new polymers and battery concepts with researchers in his lab.

Goodenough received his bachelor’s degree in mathematics from Yale University in 1943 and his master’s and Ph.D. in physics from the University of Chicago in 1951 and 1952, respectively. The author of eight books and more than 800 journal articles, he is the recipient of numerous national and international honors, including the National Medal of Science (2011).

Requests for the trading cards can be sent to [email protected] You can also view them at uspto.gov/kids.