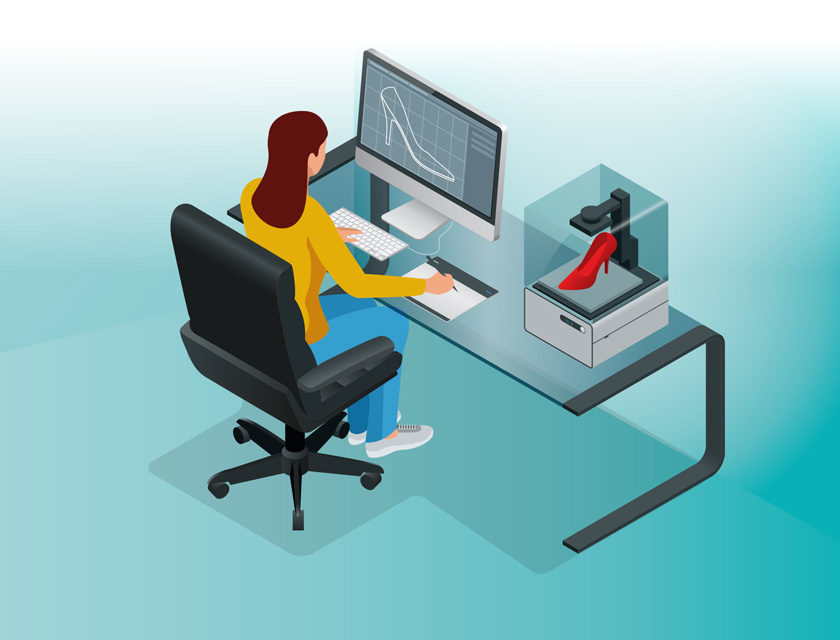 Inventing has seen many improvements in the past quarter-century

The foremost inventing advancement has been the development of the 3D printer and its partner, the computer, which acts as its brain.

The Yankee Inventor Exposition, held in Waterbury, Connecticut, every year, was the East Coast’s largest expo for inventors. It was formed in 1994 by Bill Crutcher, a local patent attorney, and was successful until 2008 when the recession hit us hard, exhibitors stayed away, and we lost so much of our capital that we couldn’t continue in 2009. (I was its vice president for 23 of those 25 years.)

Joanne Hayes-Rines, then the publisher of Inventors Digest, rented a booth at every one of those expos except perhaps the first, as I recall. Joanne was always at her booth and willing to talk.

I introduced myself and proposed a column for Inventors Digest at the 1995 expo, and she like the idea. I’ve written that column, now known as “Lander Zone,” for every issue since.

So, I’ve been active in inventing and in helping other inventors even before I got involved with the Yankee expos and began writing for Inventors Digest. And I’ve seen a number of advancements over the years.

The 3D printer: Foremost is the development of the 3D printer and its partner, the computer, which acts as its brain.

3D printing had been around in a primitive form using a plaster-like powder, onto which was injected a water-based liquid that hardened it. That was in the early to mid-1990s. But the models it produced were mainly for “show and tell,” not durable for functions that demanded toughness.

The machine for this system sold for about $10,000, certainly not practical for most independent inventors.

Other 3D process arose around the same time involving hardened plastic, such as stereolithography (SLA) and selective laser sintering (SLS)—both still in use. These processes are expensive, which limits their use by independent inventors. SLS machines cost about $10,000,  SLA machines several times as much.

Inkjet printing by 3D printers not only lowered the cost of prototypes, it allows inventors to own their own machine and make their own prototypes. Amazon.com shows several 3D printers, some as low as $100 and others about $250 and higher.

This evolution of technology came about because of advances in XYZ motion technology, desktop three-dimensional motion mechanisms, and the engineering advance from thin ink jetting to the relatively viscous jetting of molten plastic.

If you choose not to own your own machine, check with your library. I’ve heard that some libraries offer the technology but haven’t seen it. In any case, you must know how to draft your invention digitally in order to program the machine.

Easier patent searches: Second on my list of advances in the past quarter-century is the ease with which patents can be searched.

Years ago, the U.S. Patent and Trademark Office was designed more for professional use than to accommodate the independent inventor. Searching was discouraging, unless the inventor had patience to persist through the labyrinth until he or she learned how to use the system. It’s much better these days.

But today we have Google Search, which is easier to use than the patent office site. Simply type in google.com/patents, then a name or description for the invention we are searching for, or the number of a particular patent we want to read. Very user friendly.

The main drawback about a nonprofessional search is the lack of understanding of how to do an effective search. There’s more to it than common sense might suggest.

Amazon sells Nolo’s book, “Patent Searching Made Easy,” for about $26. I’ve found Nolo’s books, such as “Patent It Yourself,” to be very well written. (I’m biased, of course, because Nolo published my book for inventors, “All I Need is Money.”)

Inventor education: The general level of sophistication of the independent inventor has improved. Inventors Digest and the many books available have educated inventors on all aspects of inventing.

Marketing is the remaining mystery for most of us. There’s a parallel here with book marketing.

It’s relatively easy to write a book, obtain a professionally designed cover, print a hundred copies, and place it on Amazon. So it is with most other consumer products.

But making it available for sale does not guarantee that buyers will come across it among the tens of millions of books listed on Amazon. We still need to learn how to advertise and publicize without having to “sell the farm.”

The same is true for products other than books, although “hardware”-type products don’t encounter anywhere near the competitors that the book market encounters.

Inventor determination: Another aspect that has changed somewhat over the years is the determination of inventors to profit from their inventions. It was typical of inventors, years ago, to obtain a prototype, file for a patent—and after a few letters to corporations offering their patent pending for licensing, they gave up.

This was due to the discouraging response from their prospects, or, more often, due to the complete lack of response. Corporate lawyers often advised their clients to avoid any legal entanglements with inventors by not responding to contacts, especially in writing.

These days, inventors are more willing to make face-to-face contact with marketing directors by attending trade shows, or calling the marketing director’s office and arranging a meeting. Meeting at trade shows is often the better approach because you may be able to meet with two or more prospects, improving your odds of success.

Inventors are also more willing to assume full responsibility for producing and marketing than in the past. Producing, especially in small, market-test quantities, is easier due to the greater availability of computer-driven machines. And marketing on Amazon and its competitors is far easier than attempting to enter the mainstream of distributor, wholesaler and retailer, which is no longer the only way to get a product on the shelf of a retailer.

Inventing is still a challenging way to make a buck, but as long as creative women and men are born, it certainly will continue. Thanks to Inventors Digest, we’re able to keep up with change and exploit it as opportunity.