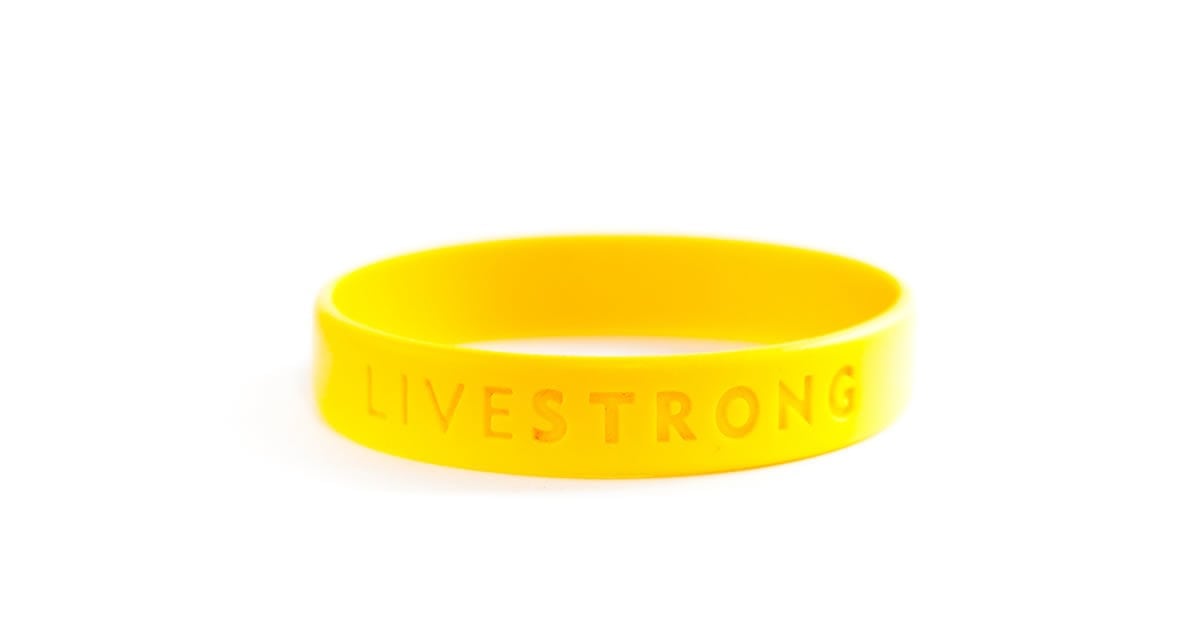 Although sports trademarks have a long history, they have recently gotten more interest from the public and athletes—especially when connected with winning and money.

In 1988, NBA coaching great Pat Riley registered the trademark for “three-peat” and “3-peat” when his Los Angeles Lakers had won two NBA championships in a row and were going for a third. The three-peat bid got a 1-2 knockout punch from the Detroit Pistons when they swept the Lakers in the 1989 finals.
Five years later, Riley may have found himself rooting for the Chicago Bulls, who accomplished the three-peat. He pocketed an estimated $300,000 in royalties when the NBA used “Three-peat” on Bulls championship merchandise. He also cashed in on the 1998 Bulls three-peat, and similar accomplishments by the 2000 New York Yankees and 2002 Lakers.

Riley’s IP brainstorm has been a catalyst for athletes also looking to cash in on trademarks, which generally protect words, phrases, symbols and designs that help define a personal or company brand. Here are some recent examples (because trademarks can be lost through abandonment, cancellation or expiration at any time, it is not known whether all of the following remain active).

The former standout NFL defensive end chose an interesting phrase to trademark: “Got Strange?” Maybe just as interesting, his application lists camouflage hunting apparel and rodeo apparel as items that feature the phrase to protect.

He has other trademarks related to his professional and charitable pursuits—the logo for his main company, “Jared Allen 69 Inc.,” as well as his charity “Jared Allen’s Home 4 Wounded Warriors,” which builds handicap-accessible homes for military veterans. He also trademarked “Jared Allen’s Pro Bull Team,” a professional bull-riding team.

The “Livestrong” brand is among the most famous in sports. Armstrong founded the cancer charity in 1997 and was chairman until 2012, when the road-racing cyclist stepped down after being banned from sanctioned Olympic sports for life as a result of long-term doping violations. All seven of his Tour de France wins were voided.
The Lance Armstrong Foundation still holds the rights to the “Livestrong” trademark.

The eight-time Olympic gold medalist may have ended his running career, but he’s still determined to capitalize on his trademark portfolio and brand image.
Many of his trademarks show his name in various fonts and phrases such as “Bolt to the world” and the Bolt icon. But according to professor J. Gordon Hylton of the University of Virginia School of Law, Bolt’s signature “lightning bolt” pose cannot be trademarked.

Griffin signed with the Baltimore Ravens on April 4 to be their backup quarterback—more evidence of how far his stock has fallen since he rocked the NFL as a rookie with Washington in 2012.

Exhibit A may be the fact that he let many trademarks lapse from his heyday, most notably “No Pressure No Diamonds.” Also free to the public now are “Dream Big Live Bigger,” “Unbelievably Believable” and “Light You Up.”

He retains rights to his nickname “RGIII” and the phrase “Know Your Why”—and no, we know not why.

Late last year, the NBA superstar filed to trademark the phrase “Nothing is given. Everything is earned.” It’s in connection with his James’ I Promise School, a partnership with Akron, Ohio, public schools to build an elementary school beginning this fall. The filing was by LBJ Trademarks, which also owns the phrase “Just A Kid From Akron.”

Earlier, James trademarked a line of basketball-themed furniture under the name “Home Court by LeBron James.” He also trademarked “The LeBron James Family Foundation.” The man known as King James has not trademarked that nickname.

Why, it was Linsanity! When the undrafted Lin—the first Taiwanese-American player in NBA history—suddenly emerged as a catalyst in a string of New York Knicks victories in 2012 and gained worldwide fame, someone came up with that painful catchphrase and the point guard filed to trademark it. Once described by a Harvard coach as the weakest physical player on that team, Lin won a trademark infringement battle to secure rights to the name for merchandizing purposes.
In July 2016, Lin signed a three-year, $36 million contract with the Brooklyn Nets. By the end of the month, the United States Patent and Trademark Office confirmed that Lin had filed to trademark the name … OK, we assume you see this one coming … “Brook-Lin.”

The NBA legend and commercial pitchman has a long trademark history. O’Neal got a victory in a court of a different kind in 2011, after suing a company that sold “Shaqtus” apparel and collectibles. (When O’Neal played for the Phoenix Suns, he was known as “The Big Cactus” and “The Big Shaqtus.”)
He has secured trademarks to protect his many commercial interests: “Dunkman,” for apparel and accessories; “Shaquille O’Neal All Star Comedy Jam,” for his live, touring comedy show; “ShaqFu,” for books, soft drinks and video games; “Shaq Attaq,” for clothing and footwear; “Shaqfighter,” for video games, entertainment services and an animated series. He reportedly trademarked his signature, too.

Her Danica Racing, Inc. owns the rights to “Warrior by Danica Patrick,” a trademark filed in 2016 that covers clothing items ranging from performance wear to boots, shoes, rainwear, sleepwear, pet accessories and more. Her name is also a trademark of Danica Racing.
Patrick plans to retire from auto racing after this year’s Indianapolis 500, partially to concentrate on her Warrior line and wine business.

The most decorated Olympian ever with 23 gold medals and 28 overall, Phelps holds the rights to the “MP” logo, which appeared on his swim cap during the 2016 Rio Olympics. It’s a trademark for his brand of premier swim gear and training equipment.

He also trademarked the name “Michael Phelps Swim School,” a chain based in Baltimore.

The imagery is clever: A star cornerback is so adept at defending wide receivers that said receivers become figuratively lost on Revis Island. Revis got “Revis Island” trademarked in 2013 after a three-year wait. (A lawyer for Revis reportedly said such matters routinely take that long. Wrong.)

The phrase has appeared on items that include swimwear, sleepwear, T-shirts and shoes. Revis, 32, became an NFL free agent after last season.

The former NFL Pro Bowl defensive end didn’t win any points for humility when trademarking the phrase “Stomp You Out” within months of his New York Giants defeating the New England Patriots in the 2008 Super Bowl (the Patriots were 18-0 to that point). The trademark and brand cover clothing.
Now a national morning TV co-host, Strahan filed to trademark “Collection by Michael Strahan” last July, two years after launching the clothing line at JCPenney. The trademark and brand are held by Gaptized, Inc., for which Strahan is president (he’s recognized by the gap in the middle of his front teeth). Gaptized owns many other marks.

The former NFL running, uh, quarterback, who’s now playing minor-league baseball in hopes of making it to the majors, owns the trademark for “Tebowing” through his marketing company, XV Enterprises. The term refers to the kneeling prayer stance Tebow took before NFL games.
Tebow batted .226 in Class A ball last year and was 1-for-18 with 11 strikeouts in his first big-league training camp this spring, but somehow he was promoted by the New York Mets to Class AA. Tebowing could soon refer to his praying that he can learn to hit a major-league curveball.

Per the USPTO, the tennis star filed a trademark earlier this year for Aneres for the purpose of starting a cosmetics brand. Aneres is Serena spelled backwards.
The range of products is believed to include skincare prep and make-up removing products, colognes and perfumes, makeup kits, bath soaps, lipstick, lip gloss, eye shadow, eyeliner and mascara. Williams earlier filed documents to trademark the brand name for a clothing line but has now re-filed.

The two-time Super Bowl champion quarterback and Denver Broncos general manager has registered marks for furniture, spice rubs and restaurants under his name. That is of little concern to a punk-rock band from Fort Collins, Colorado, named Elway.

In 2011, trademark attorneys hired by Elway the football executive sent a letter to the band and asked them to stop using the former star’s surname. The letter wasn’t a cease-and-desist request, just a suggestion that the band adopt a new name.

Band leader Tim Browne replied that the group isn’t interested in football and that there’s no mention of John Elway in their recordings or artwork. Browne reportedly found it flattering that the football icon knew of a band that typically plays “in front of about 30 people in a basement.”

The band still apparently exists, with the same name and self-deprecating identity. From elwaytheband.bandcamp.com/: “Elway started back in 2007 as a drunken mess called 10-4 Eleanor. They released a few records under the old moniker before changing their name in 2010 after signing with Red Scare Industries. 3 LPs, 2 EPs, 500+ shows in 23 countries later, they are still a drunken mess.”

The following words are marks registered with the USPTO for Villanova University, the 2018 men’s college basketball champions:

Great research and selection. Shows the business side of being an amazing athlete.