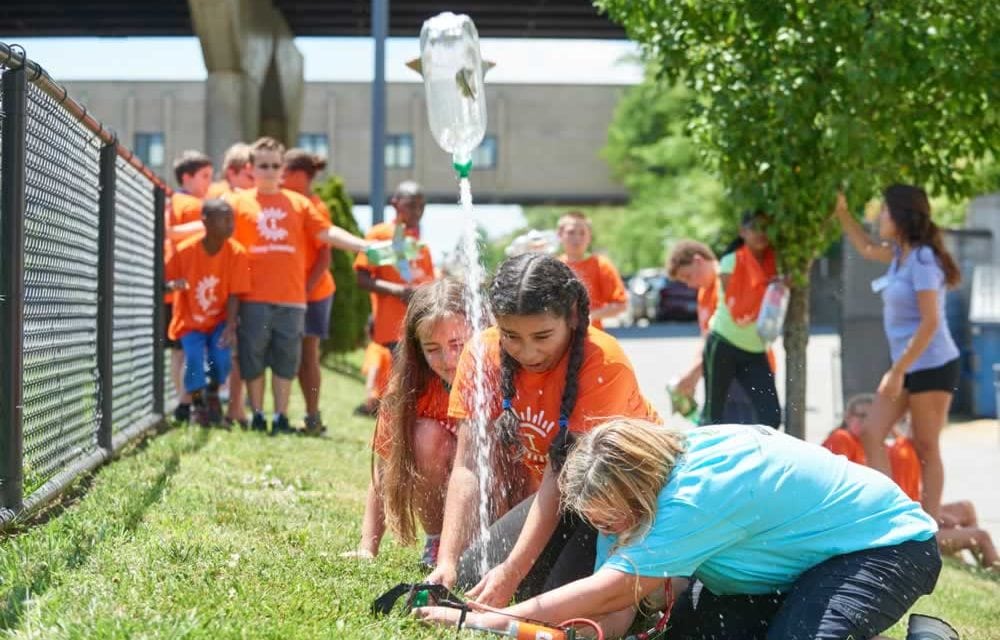 Camp Invention, a program of the National Inventors Hall of Fame for kids entering kindergarten through sixth grade, is ready to launch again. The hands-on, weeklong day camp empowers children to think big while taking on challenges them inspire them to question, brainstorm, work as a team—and even build their own prototypes.

The program, with a new curriculum each year, is inspired by the NIHF’s inductees. Camp Invention promotes science, technology, engineering and mathematics (STEM) learning while building 21st-century skills. This year’s curriculum features video challenges from NIHF inductees who encourage kids.

“Camp Invention is a great way for students to explore their interest in the STEM disciplines,” Alaina Rutledge, NIHF director of education programs, told Inventors Digest. “It makes learning relevant, and a lot of fun! In addition, camp participants use the hands-on modules to experience inventing first-hand—harnessing their curiosity, creative thinking and entrepreneurial skills.”

Modules will include “Duct-Tape Billionaire,” where campers design duct tape products to market and sell to mock investors; “Have a Blast,” in which kids build high-tech Bubble Blasters and compete in “air battles” using physics; “Mission Space Makers,” where teams hatch eggs, sprout living plants and grow crystal trees in a quest to locate and prepare a new planet for human inhabitation; and “Operation Keep Out,” in which campers learn to reverse-engineer old machines and devices in order to create the ultimate Spy Gadget Alarm Box.

Camp Invention has 1,400 camps nationwide that run throughout the summer. For more information, contact Ken Torisky at the National Inventors Hall of Fame: [email protected], or 330-968-4332, ext. 6085.