Fidget Spinners Are Really Nothing New 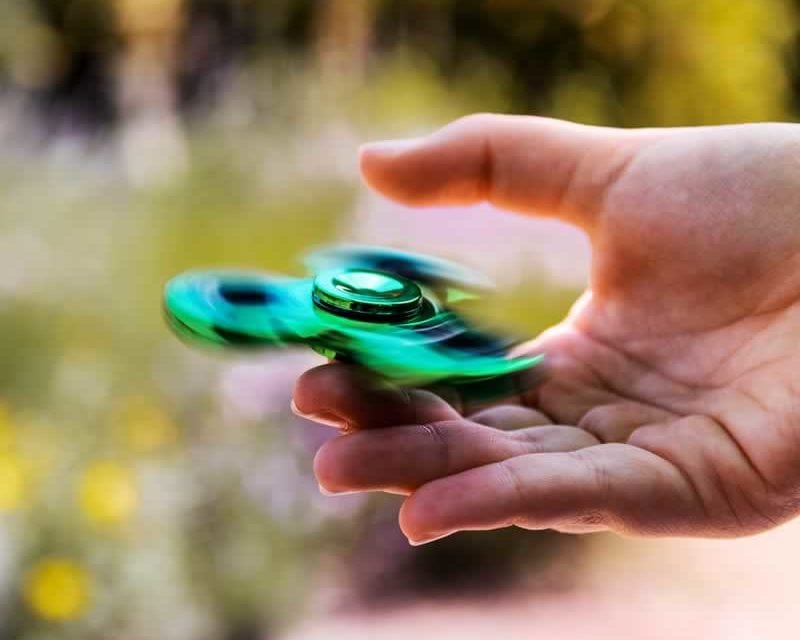 The fidget spinner is basically a handheld top deriving from ancient traditional tops that were spun on a flat surface. Some tops were found in the tombs of King Tut.

By some media accounts, fidget spinners surpassed a half-billion dollars in sales during April and May of this year as they became perhaps the hottest trend ever in the toy industry. Notice we didn’t say “the hottest new trend.”

The palm-size device—consisting of a top connected to a ball bearing with rounded blades that can rapidly spin when flicked by a finger—is a fascinating illustration of an improvement invention and our Age of Misinformation.

Wikipedia says “similar devices had been invented as early as 1993.” Depending on one’s interpretation, that statement may be off by many thousands of years; the fidget spinner is basically a handheld top deriving from ancient traditional tops that were spun on a flat surface. Some tops were found in the tombs of King Tut.

It’s true that fidget spinners closely resembling today’s handheld models have been around for 25 years or so (YouTube videos last year featuring teenagers performing tricks with the toy were key to sparking the sensation). But if you take the phrase “similar devices” to mean handheld devices that have the same purpose as the current hot toy du jour, that would include several much-older handheld diversions that also were meant to occupy the user in a calm and relaxing way.

One could argue that the fidget spinner is merely a horizontal version of the pinwheel—and the latter (also known as a whirligig or wind wheel) dates to 400 B.C. China. In 1919, Armenian immigrant toy manufacturer Tegran Samour created the modern version of the pinwheel in Boston. Although the pinwheel can be wind driven by merely sticking the thin attached pole into the ground, its wheels can also be put in motion with a flick of a finger.

Remember the stress ball? Another way to release tension, it also originated in ancient China, in the 1300s. Stress balls became a hot but short-lived fad in America beginning in the 1980s.

The marketing claim of fidget spinner as proven anxiety tonic has been met with skepticism by many psychology experts. Various media accounts have said the spinner is beneficial to those with autism, ADD, ADHD and other social/learning disorders, although there are no scientific data to support this.

Scott Kollins, a clinical psychologist and professor at Duke University, has been quoted as saying “there’s no evidence to support that claim.” Suggestions that the spinner can sharpen focus are contradicted by the many schools that have banned the toys because they can be a distraction.

Neither caution is slowing the craze. Thousands of variations are available in styles ranging from low-budget plastic to one that is reportedly the world’s most expensive at £13,000 (almost $17,000 U.S.). Kim Kardashian released her own spinner recently.

Our early-September search for “fidget spinner” on Amazon produced more than 50,000 results, with eBay searches topping 480,000.

A Google search of Catherine Hettinger revealed about 250,000 results. In the vast majority of news stories—including those by Time, Money and the New York Times—the Orlando, Florida, chemical engineer is credited with inventing the fidget spinner in the early 1990s yet never realizing a profit because she let her patent lapse in 2005.

But she didn’t invent the current version of the spinner, and admitted as much to Bloomberg News in May after the news service asked two patent experts to review Hettinger’s idea for a spinning toy. In the story, Jeffrey Blake, a partner at a law firm that specializes in intellectual property, said ‘it doesn’t appear to cover the products that people are selling now.”

Hettinger’s response, per Bloomberg: “Let’s just say that I’m claimed to be the inventor. You know, ‘Wikipedia claims,’ or something like that.”

She was referring to the report in the story that when someone created a Wikipedia page for the fidget spinner in April, he or she credited Hettinger as the inventor. That page has since been updated and corrected to reflect Bloomberg’s finding.

When it comes to a cellphone or any torrid market item, creative and enterprising minds will ultimately endeavor to bling it out. The fidget spinner is no different.

On the high end, the toys have Bluetooth connectivity, LED lights and integrated speakers. These allow the user to listen to music or watch the rotating lights sync with the beat. But the hottest upgrades to the hottest trend can sometimes spark a literal fire.

Recent news reports chronicled fires in Michigan and Alabama that started when the spinners were plugged into outlets for charging, ultimately causing the toys to melt and burn the surfaces on which they sat. The Consumer Product Safety Commission warned people not only to never leave a charging fidget spinner unattended, but never to leave young children with them because of the danger of choking.

The fidget spinner craze is fun, largely harmless, and will likely go the way of other fads. But it seems almost a given in our trend-happy, post-it-now world that the more popular something becomes, the greater the possibility that obsession and misinformation may spin out of control.