Inventiveness and the Insomnia Helmet

The number of patents claimed by 89-year-old Japanese inventor Yoshiro Nakamatsu, known as Dr. NakaMats, who says that is a world record. Many sources do not support this claim. Among his declared inventions: the floppy disk, a toilet seat lifter, and a wig for President Donald Trump that has a built-in sword. (Dr. NakaMats said he is not a Trump supporter.) 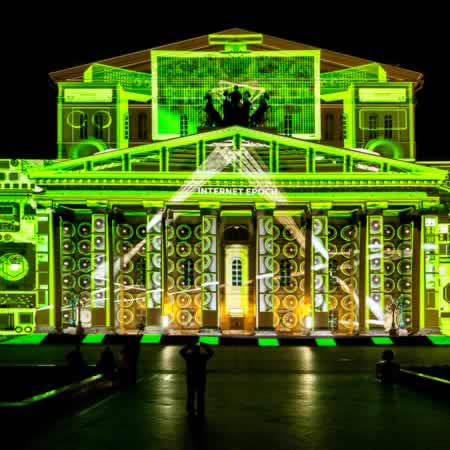 Now that we’ve updated you on a key Internet of Things driver—the smart home devices phenomenon—here are some data that forecast the overall impact of IoT components.

According to London-based IHS Markit, the number of connected devices will reach 30.7 billion by 2020 and 75.4 billion five years later. (Intel’s projection is far more dramatic, predicting 200 billion such devices within the next two years.)

Naturally, this will have massive economic impact. Business Insider predicts that total business spending on IoT solutions will reach $6 trillion by 2021. 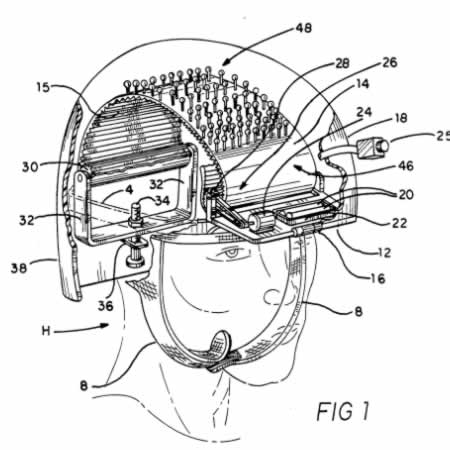 Patent No. US 5081986 A, issued Jan. 21, 1992 (since lapsed), is for a “massaging and combing helmet for insomnia.” There isn’t space to explain everything going on in this diagram, but the patent says the helmet features “an endless belt which rubs the wearer’s head with belt areas of various textures. The belt runs over two rollers located inside the helmet near the forehead and nape. An electric motor and batteries power the belt, which rubs the scalp from front to back.” 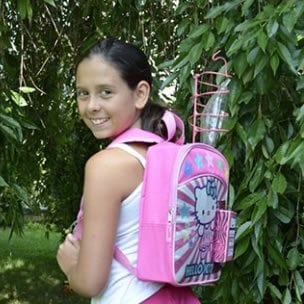 When Kylie Simonds of Inman, South Carolina was diagnosed with cancer in 2011 as an 8-year-old, she invented an attractive, functional backpack—patented in 2015—that gives kids an alternative to clumsy, ugly IV poles. After months of chemotherapy and radiation treatments, Kylie is now cancer free. She remains committed to seeing the IV Pediatric Backpack for Kids in children’s hospitals, even after a 43-month GoFundMe campaign launched in 2014 raised only $55,451 of its $250,000 goal. In her latest Facebook update on the project, she wrote that she has been trying to have the backpack 3D printed.

1. Abbott and Costello’s baseball comedy routine “Who’s on First,” copyrighted in March 1944, was also recorded by:

3. True or false: The Google Doodle, which frequently appears on the website’s homepage with various artistic renderings, has a patent.

4. Name the 20th-century icon who is credited with the following invention-related quote: “Whether you think you can or think you can’t, you’re right.”

1. D. 2. Englishman Harvey Kennedy got a patent in 1790 for his variation of shoelaces that include an aglet, the metal or plastic sheath that protects the ends of the laces. Franklin Beale invented the coin press in 1836. 3. True. Google cofounder Sergey Brin was credited as sole inventor in the 2011 patent. 4. A. 5. True. Mark Bethea sued Mark Burnett Productions, NBC Universal and Trump in U.S. District Court, claiming that his proposed show “C.E.O.”—which ideally would have been hosted by Trump—was used to create the show “The Apprentice” in 2004. Both sides settled out of court in 2006.