Inventor Update: This Will Be a Big Deal 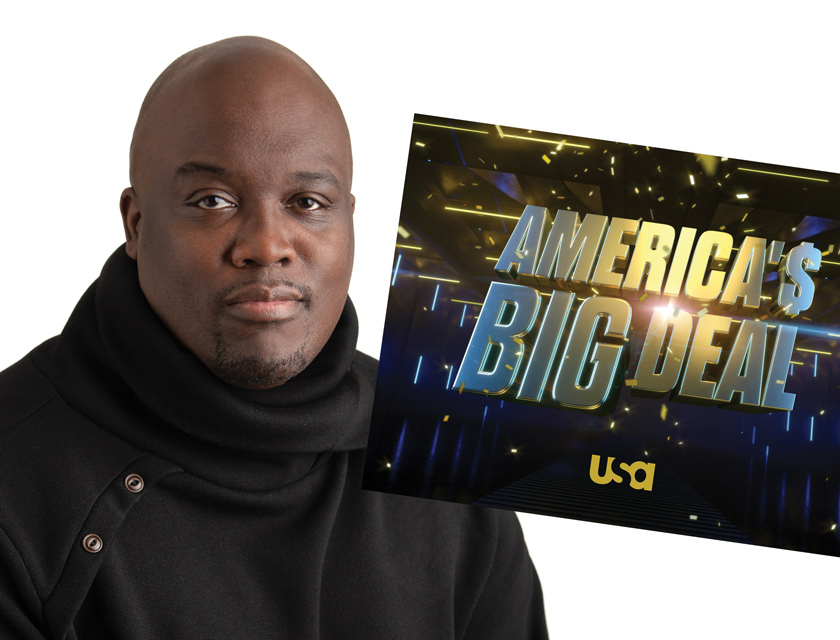 “All my hard work, the late nights and long days all paid off. I felt justified.”

Shawn Moye and his sports-training product won’t be on “Shark Tank”—at least, not for now. But hey. One national TV show at a time.

Moye was online earlier this year looking for the application to submit his E-Sports Trainer to “Shark Tank” when he noticed a new show called “America’s Big Deal” was looking for inventors. He was selected as a participant and said he will showcase his patented invention—featured in the June 2021 Inventors Digest—December 9 at 9 p.m. Eastern Time on the USA Network.

“I’ve been blessed with an opportunity of a lifetime,” said Moye, whose Moye Group is based in Huntersville, N.C. “I need everyone to watch the show and buy my product.

“The more viewers plus sales gets me closer to establishing a partnership with Macy’s, HSN, QVC, Lowe’s and more. The inventor with the most sales by the end of the live show takes home the victory!”

Sherrill Mosee, a mother and former electrical engineer from Philadelphia, won $100,000 on the show’s premiere in October.

The E-Sports Trainer is ergonomically designed to help the user develop the correct muscle memory to maintain proper form when learning how to play a sport. The device uses advanced technology to monitor, track, and correct your performance in real time.

Currently the trainer is for basketball, but more sports versions are coming.

Moye said he went through four rounds of filming to get to the show. He was heartened by the reviews his product received.

“There was the initial submission tape, a few Zoom calls, and then a flight out to New Jersey for a daylong, face-to-face interview with the production team,” he said. “It was a surreal experience!

“What was interesting about the filming was all the amazing feedback about my product from the producers. I loved hearing, ‘I wish I had this growing up’ and ‘Sports training is expensive, so this is a great option.’

“All my hard work, the late nights and long days all paid off. I felt justified.”

A new version of the E-Sports Trainer was going to be released in October—until the opportunity to be on the show came along.

“So now it will be released on December 9, when my episode airs. I have more being manufactured as we speak … I also have a special offer when I pitch my product to the world, so it would behoove you to tune in to hear what it is. It is going to be great!”

Moye advises inventors looking for TV exposure to “proactively look around and search the web, especially while the current season is being aired. Shows are always looking for the next season, so get your applications in as often and as early as possible.”