Know the Whys of Your Invention 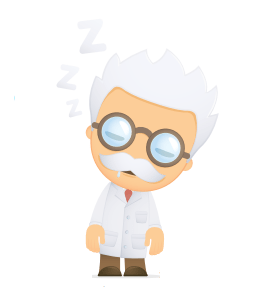 Understanding the reason for a product or service can help in marketing efforts.

In this space I’ve often discussed the reasons a product is marketable, and what inventors can do to make that happen. But to better understand that, it can be helpful to consider why people invent in the first place.

The idealistic answer might be to build a better planet, to help others, or to make life easier. Other reasons include curiosity, to solve puzzles, a sense of feeling creative, or a desire for fame and fortune.

Or sometimes, there’s no reason at all. Mark Twain said, “Accident is the name of the greatest of all inventors.” Many inventions are unintended and serendipitous, with invention history literature full of such examples.

One of the most noteworthy recent “inventions by accident” is Post-it notes. As the story goes, in 1968 Spencer Silver, a 3M chemical engineer, accidentally created a weak adhesive made of tiny acrylic microspheres that were nearly indestructible and would stick well even after several uses. He intended to use this adhesive as a sticky surface on bulletin boards for people to attach notes and other pieces of information, but 3M management showed no interest.

About five years later, he discussed this idea with Arthur Fry, another 3M chemist and frequent choir singer. Fry said that he had a problem in that he used pieces of paper in his hymnal to mark pages, but that when he opened his hymnal these pieces of paper frequently fell out. Fry then had his “aha moment”: putting the adhesive on paper. That way, you could stick paper on anything. Eventually, one of the 3M laboratories picked up on the idea and successfully test-marketed it to expose it to the public.

Lazinesss has its Virtues
Some people invent merely to make their lives easier—or, as Agatha Christie surmised, “to save one’s self trouble.” A blog entitled “7 Reasons Why Lazy People Are More Likely to Be Successful” (lifehack. org/312035/7) may surprise you about the connection between laziness, inventing and marketing-related skills:
1. Lazy people are inventive. They are very creative when it comes to organizing their work, and they don’t waste time on unnecessary things. Lazy people always try to make life easier.
2. They are entrepreneurial and often very enterprising. They have many ideas and projects, as their minds are not filled with excessive thoughts and responsibilities. It is important for them that the work process is not boring and that they are guaranteed results at the end.
3. They know when to rest because the more energy people expend, the less time they have to fulfil big plans.
4. They are more relaxed. Lazy people don’t rush everything and don’t jump from one thing to another all the time.
5. They know how to prioritize and to focus their own goals, not on those imposed by other people.
6. They must be clever. After all, they have to find ways to do nothing for a while and then to complete all of their tasks in time.
7. They use technologies that allow them to be lazy. Many tools (both hardware and software), as well as electronic devices and systems, allow people to do their job more efficiently and quicker. Lazy people know about all of these things and use them to get their tasks done generally more efficiently and quicker—allowing them to be lazy a bit longer. One shouldn’t necessarily infer from this that all inventors are lazy, but many illustrate one or more of these attributes.

The Sum of Many Parts

Just as a good marketing strategy often involves several components, writer and historian Richard Rhodes noted that many inventions have antecedents in the form of pieces of an idea: “Piecing these things together gives one a sense of where inventions come from, and that’s interesting.”

A case in point is the history of the internet. The “information superhighway” was a development activity started in the late 1960s, resulting in 1983 as the “network of networks” that became the internet as we know it today.

Building on this, the online world then took on a more recognizable form in 1989 when the World Wide Web was invented by computer scientist Tim Berners-Lee. The web has helped popularize the internet and now serves as the key tool that allows us to search through and for information from a variety of information sources.

Whether a new product or service is the result of an accident, laziness or building on the ideas of others, it’s important to understand why someone created a particular invention. This knowledge can help in marketing efforts. You can’t sell something well unless you know everything there is to know about it