Myth: A Patent is a Monopoly 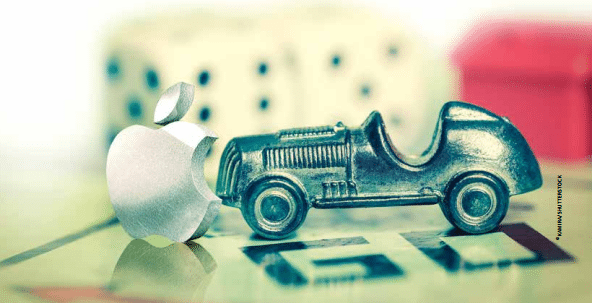 Issuance does not guarantee a market for that product or service.

Many inventors operate under the mistaken belief that getting a patent is like owning both Boardwalk and Park Place in the popular board game Monopoly. Unfortunately, turning an issued patent into cash is much more complicated than simply placing hotels on Monopoly’s two most valuable properties.

Those who are against patents or have a self-serving agenda argue that a patent is a monopoly, or they use those terms interchangeably. Don’t be fooled.

Monopoly is defined as “exclusive control of a commodity or service in a particular market, or a control that makes possible the manipulation of prices.” Therefore, when there is no market, there can never be a monopoly because you cannot be in exclusive control of a non-existent market and you cannot manipulate prices when no one is willing to buy what you are offering.

The vast majority of patents result in rights being granted to cover a product or service that will not be commercialized at all, or if commercialized will lose money because too few people are interested. That doesn’t sound like a monopoly, does it?

A patent only gives its owner the right to exclude others from making, using, selling and importing. A patent carries no expectation for market success. Granted, if the product does have a market, a patent can be a significant barrier to entry into that market and insulate the patent owner from competition.

Reminders from a Judge

The late Howard Thomas Markey, the first chief judge of the United States Court of Appeals for the Federal Circuit, repeatedly reprimanded scholars, attorneys and fellow judges for characterizing a patent grant as a conference of a monopoly. In the 1983 case Carl Schenck, A.G. v. Nortron Corp., Judge Markey stated:

“Nowhere in any statute is a patent described as a monopoly. The patent right is but the right to exclude others, the very definition of ‘property.’ … It is but an obfuscation to refer to a patent as ‘the patent monopoly’ or to describe a patent as an ‘exception to the general rule against monopolies.’ That description, moreover, is irrelevant when considering patent questions, including the question of estoppel predicated on prosecution history.”

So why has it become so widely popular to call a patent a monopoly? For those familiar with patent law, the answer is hardly surprising. As with so many stories of patent law gone awry, this story starts with the Supreme Court. The high court—a generalist court that has no particular foundation with innovation, technology or patents—has frequently referred to patents as a monopoly. It is oblivious to the reality that patent laws date to 1790, which predates the passing of the first antitrust laws in America by exactly 100 years.

The Supreme Court seems equally oblivious to the fact that it is impossible for there to be a monopoly where a market does not exist. I suppose, to be fair, it is possible that justices of the Supreme Court genuinely believe there is a market and associated monopoly for chastity belts for dogs, or a method for walking a snake, or a head mounted letter “M.” These and so many other issued patents demonstrate that getting a patent does not guarantee the presence of a market for the product or service—and if there is no market, how can the patent create market dominance?

However, there are even more reasons that it is inappropriate to think of a patent as a monopoly. Despite what you may have heard to the contrary, virtually no patent will lock up a market and hold others within the market hostage. Certainly there can be foundational technologies that are of extreme importance, but those types of inventions are extremely rare. Most inventions are improvements or incremental advances of different magnitudes. So patents are extremely fragile rights.

When you define your invention, you are essentially placing your stakes in the ground and defining the exclusive right you will obtain. It is hard to define your rights in the first instance with as much specificity and detail as required while at the same time anticipating what others will do and how they might attempt to get around those rights. Like most things in life, it is much harder to do in the first instance than to get around or undo later. Thus, when you have an innovation and you are making money from it, basic economics tells us that there will be others who will seek to enter your marketplace and compete.

Because of the fragile nature of patents, when you find an innovation that is lucrative you should not think in terms of getting a single patent. If there is money to be made, others will want into your market—so you must think about continually innovating, pushing the envelope of protection and obtaining more patents. If you do not, others will, and when they obtain patents on their improvements they will be able to exclude you!

Obtaining a patent and sitting back while competitors enter the marketplace is a recipe for bankruptcy. Just ask Kodak, which invented the digital camera and then allowed other companies to enter the market and dominate it—part of the reason the company filed for bankruptcy in January 2012.

I tell inventors all the time to model themselves after success, not failure. One company that every inventor should learn more about is Apple. Though the company has made some business mistakes, it is a true innovator. When Apple comes across an innovation, it patents it and continues to advance innovation and push the envelope of exclusive protection. An example is what the company has done with the letter “i.” There is an iPod, an iPhone, an iPad, an iMac and iTunes. When you find something that works, stick with it and get every inch out of it you can.

The moral of the story: Approach inventing as a business if you are going to make money doing it. Keep in mind that if something sounds too good to be true, it probably is.

The thought that a single patent can lead to a monopoly that unfairly or improperly holds an entire market hostage may sound like a good argument for those who hate patents, and it might sound very appealing for those who are inventors. But the truth is quite different.