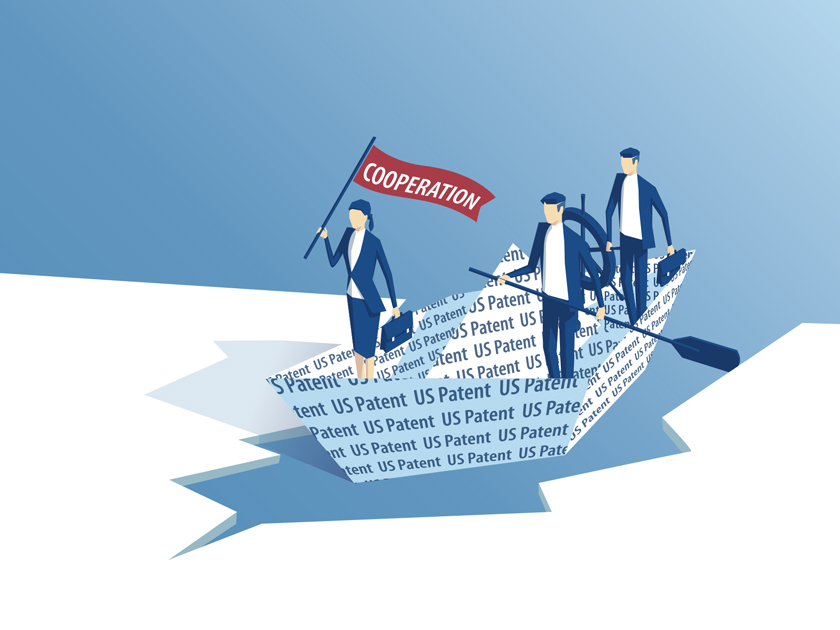 Restoring the U.S. patent system comes down to cooperation

The other side that has wanted to have patents eroded have been enormously coordinated in their efforts. … Those of us who are on the pro-patent side have been fractured.

Based on the age of many of us in the room, President Reagan was probably the first president many of us remember. And I mention this because we need another President Reagan—another person like that, who sees the power of the patent system.

And then President Reagan and his advisers asked whether it would be possible to reduce the backlog to an average pendency of 18 months within two terms, assuming he would be given two terms. And they said, “Yes, we think we can do that within two terms.”

And they didn’t quite get it done, but they got really, really close. They got to around 18.2 or 18.3 months average pendency by the end of President Reagan’s second term. And it was because President Reagan invested in the patent office.

President Reagan gave the patent office the resources they needed. And it shouldn’t be a surprise as to why. If we put ourselves back at that moment in time, everybody believed that we were going to be buying Japanese everything.

Now, I can’t understand why others don’t see this threat, and I think many in the room do understand the threat is real, but soon we are going to be buying Chinese everything—and it’s not because they’re stealing our intellectual property. This is the thing that the popular media gets completely wrong.

Today, I’m supposed to be speaking about the path forward. I’ve given this a lot of thought and I have only one word that I’m going to leave you with about the future and road forward. But before I give you that one word and why it is so critical, what I’d like to do is talk very briefly about some of the bad news we’ve received just recently.

Just last week, the Federal Trade Commission prevailed even though the documents in the Apple v. Qualcomm case suggested that it was Apple that was manipulating the market and not Qualcomm. The FTC continued to push the case with the thinnest of evidence—maybe even no evidence—and prevailed.

While no one likes to pay high drug prices, blaming patents and focusing only on the price of the single blockbuster drug misses the point that as many as 90 percent of all drugs fail, so that means the 10 percent that don’t fail need to not only pay for themselves but also for the other 90 percent that fail.

Universities face near constant threat by those who want to get Bayh-Dole overturned and repealed. Now, stop and think about that for one second.

Bayh-Dole is characterized as the most successful piece of domestic legislation since World War II. And there are people out there that want it to be erased, as if it were a mistake, as if it never existed. But the facts are the facts, and Bayh-Dole put an end to a truly byzantine process to license government-funded technology that led to virtually no government funded technology ever being licensed, and is directly responsible for creating 10,000-plus startup companies and hundreds of thousands of jobs.

And we all know the carnage at the Patent Trial and Appeal Board (PTAB) and the 101 jurisprudence that the Supreme Court has left us with.

We have good news, though! Senators Tillis and Coons and Congressmen Collins, Johnson and Stivers have released draft legislative language that would, if it ever gets enacted, largely fix the 101 problem (patent eligibility). …

So, this leaves me with the one word that I think is the future for those who support a strong patent system: “Cooperation.”

Now, we all need to look around and notice that the other side that has wanted to have patents eroded have been enormously coordinated in their efforts. And we have not been. Those of us who are on the pro-patent side have been fractured.

I just read a list dealing with standard essential patents, drug patents, universities, and high-tech troubles. And every one of those groups is fighting as if they are the only ones having a problem and the only ones fighting. And nobody is helping anyone else fight their battles.

It is easy to say: “Well, it’s not my battle to fight; I will fight my battle.” But I’ve been saying and writing for years that if you don’t get involved and help those with whom you have a natural alliance, eventually the people who are coming after you and your patent are going to get what they want. And what they want isn’t just you not to have your patents in your sector, they want nobody to have patents on anything, period.

That is their aim. Make no mistake about it. And at times they even honestly tell you that, when they fund the elimination of stupid patents, for example.

Over the past several years I’ve become acquainted with Mark Cuban a little bit, and as some of you know I’ve had the opportunity to interview him. He is not the flamethrower that you might think. His concern is companies getting sued at too early a stage, and that is a threat for all start-ups: getting sued before you can get traction. He has a point.

Mark Cuban strikes me as far more pro-small business than he is anti-patent, although sometimes his rhetoric may seem otherwise. If you look past the rhetoric, he is concerned with businesses succeeding. And at the core that seems to be the concern of everyone in this room.

We have done a poor job—even worse than a poor job. The bad actors in our community have defined us, and that is because we haven’t cooperated among ourselves. We haven’t provided a united front. When the pharmaceutical people are under attack, the high-tech people go and hide, and vice versa. And as long as that happens, then we have no chance of winning.

Those of you who are students of history will recall that the way that Alexander the Great won his battles was always by fighting with smaller armies than he prevailed against. The way he was able to fight was to take on one piece of the larger army at a time never confronting the full army at any one time.

And I am convinced, and I know that you know, that the larger army is on our side. We have more money, we have more people, we have more stories, and the good and the right is on the side of a strong and vibrant patent system.

What we need to do is cooperate and get the message out there. So, I challenge you today to cooperate with one another and see a challenge to one person’s patents as a challenge to everybody’s patents. And by that, we will be honoring the past inventors and giving the future inventors a way to move forward. Thank you.