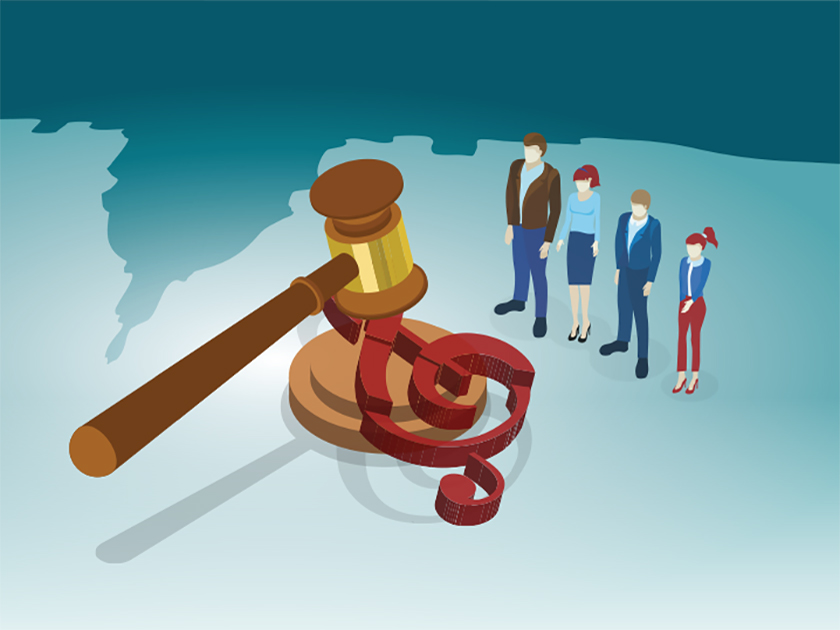 An upcoming deadline stipulated in the recently passed Music Modernization Act has intensified the spotlight on a licensing fight within the industry.

On October 11, the Orrin G. Hatch-Bob Goodlatte Music Modernization Act was enacted into law after passing the U.S. Senate and House of Representatives. The bill was drafted in order to modernize U.S. copyright law as it relates to the licensing of copyright-protected music for use in digital streaming services such as Spotify or Apple Music.

Such digital service providers (DSPs) may obtain a new kind of license created by the law, known as a blanket license, which covers the distribution of all musical works available for compulsory licensing. DSPs may then make these works available to consumers through covered activities—such as delivering digital phonorecords of musical works available in the form of a permanent download, a limited download or as an interactive stream.

In short, the blanket license under the MMA allows Spotify and others to offer streaming music services without having to negotiate licenses with copyright-owning entities, including recording studios and songwriters.

Instead, these streaming services would obtain a blanket license from the Mechanical Licensing Collective (MLC), another new feature of the MMA. The MLC is a nonprofit entity responsible for administering blanket licenses to DSPs, collecting and distributing royalties, enabling copyright owners to claim ownership of musical works and administering a process by which royalties for works with unidentified owners are equitably distributed to known copyright owners.

Vying for the MLC

The statutory language of the MMA directs the Register of Copyrights to designate the membership of the MLC within 270 days of enactment of the law. Given the date on which the MMA was enacted, this would indicate that July 8 is the deadline for Register of Copyrights Karyn Temple to designate the MLC that would start administering blanket licenses at the beginning of 2021.

Two groups have proposed their own membership of the MLC to the copyright office: a coalition of major publishers from the music industry, including the National Music Publishers Association (NMPA), Songwriters of North America (SONA) and Nashville Songwriters Association International (NSAI); and the American Music Licensing Collective (AMLC), a collection of songwriters, musicians, tech developers and executives from smaller rights organizations and publishers within the music industry.

The period for submitting written comments to the copyright office passed in late April, but the debate on which group should make up the MLC continues to be heated.

On April 22, the deadline for submitting comments to the copyright office, SONA sent a letter to Register Temple in which it pushed back against claims that its group would misappropriate unclaimed royalties. SONA called such claims “outlandish” and designed to “spread fear” in an attempt “to scare less-informed songwriters into entrusting the job of building the MLC to a group of licensing companies whose functions could be made redundant and outdated once the MLC is up and running.”

Jeff Price, a board member with the AMLC, told IPWatchdog that the MMA’s passage essentially flips the licensing burden from DSPs to songwriters.

“Unlike before, where the DSPs would have to find you and pay you, now you have to know about the MLC regardless of where you are on the planet,” Price said.

Although the MLC is responsible for identifying self-publishing songwriters or publishing administrators, Price found it easy to contemplate situations in which the MLC could actually make life difficult for songwriters trying to earn royalties.

“If you do not register with the MLC, you are not eligible to get paid the money you have earned,” he said. “If you do register but if a technical or data error occurs at the MLC and they don’t figure out that the money is yours, you also will not get paid.”

Money collected by the MLC from blanket licenses and not delivered to a songwriter because that songwriter hasn’t been identified is held by the MLC; Price said that such accrued but undistributed funds are expected to reach $4 billion to $5 billion within the next five to seven years.

Despite the NMPA’s position as a major music publishers association, Price argued that the organization was a better lobbying firm than a technology developer. By contrast, the AMLC has board members with the technology background required to accomplish the MLC’s various responsibilities, including the creation of a musical works database that will help music creators collect royalties for their music.

“It’s wrong to expect the NMPA to create and develop technology,” Price said. “It’s just not what they do.”

Price cited the failure of the Global Repertoire Database, a licensing database that had the backing of multiple worldwide collective management organizations (CMOs), as an example of the poor ability of major music organizations such as the NMPA to develop effective technical platforms like those required by the MMA.

By contrast, AMLC’s Price created TuneCore, a digital distribution platform for rights holders that was acquired in July 2017 by Sony—a major music publisher that would have an executive on the MLC’s board if the NMPA industry coalition is accepted.

Beyond the simple assertion that the major industry group is poorly suited for the MLC’s objectives, Price voiced great concern over the potential of ulterior motives based on a particular aspect of the MMA’s language.

Paragraph 11(e) of Title I of the MMA is named “Preemption of State Property Laws,” and it reads:

“The holding and distribution of funds by the mechanical licensing collective in accordance with this subsection shall supersede and preempt any State law (including common law) concerning escheatment or abandoned property, or any analogous provision, that might otherwise apply.”

“That one sentence now makes it legal for the first time in U.S. history to take someone else’s mechanical royalty and give it away to others,” Price said.

After three years, he said that such accrued but undistributed royalties would be liquidated and then given on a percentage basis to music industry entities based on market share. Price said that the major music organizations making up the industry coalition, which played a major role in writing the language of the MMA, haven’t addressed that apparent conflict of interest.

“The music publishers wrote that language, and it serves no other purpose,” Price added. “Why is it there?”

IPWatchdog reached out to the NMPA, SONA and NSAI for comment and only the NMPA responded, forwarding their public comments to the copyright office. The industry coalition has been harsh in its criticism of the AMLC’s proposal.

In its comments, posted April 23, the coalition argued that the AMLC doesn’t satisfy the MLC criteria of endorsement by copyright owners representing “the greatest percentage of the licensor market” and that it has “misrepresented facts to the Register about endorsement.”

The comments also argue that the AMLC includes numerous members who are statutorily ineligible to make up the MLC’s membership, that the AMLC’s governance selection procedure is neither explained nor transparent, and that the AMLC has its own serious and undisclosed conflicts.

“If all goes as intended, the MLC should be very helpful in regard to helping songwriters collect royalties from streaming services,” said Erin M. Jacobson, an attorney with extensive experience in advising musicians and songwriters on intellectual property rights matters.

The intent behind the MLC’s creation is to streamline the mechanical licensing process and, assuming the organization’s structure is built as envisioned, it can be very effective at that job. The MLC’s first hurdle will likely be the creation of the musical works database, which Jacobson said would be a complicated and expensive project, the funding for which remains to be secured.

“Both groups applying to run the MLC are experienced with the rights involved, the collection of royalties, and technology,” Jacobson said.

The biggest point of contention between the two seemed to be the handling of “black box” money, those accrued but undistributed royalties discussed above by Price. The industry coalition addressed this concern in its comments to the copyright office by noting that the MMA, while it requires the distribution to happen proportionally by market share, mandates that 50 percent of the distributed funds would go to songwriters. Every copyright owner and associated songwriter would thus receive funds, including AMLC board members who are copyright owners or songwriters.

Outside of this heated debate, other factors—such as an appeal of the Copyright Royalty Board’s recent mechanical licensing rate-setting by Spotify and Amazon—suggest that it may be difficult for the MLC to work as intended.

“The music industry felt incredibly betrayed by the streaming services because they put forward a face of cooperation throughout the MMA process, knowing they would subsequently stab the music industry in the back with the CRB appeals,” Jacobson said.