SCOTUS in the Dark 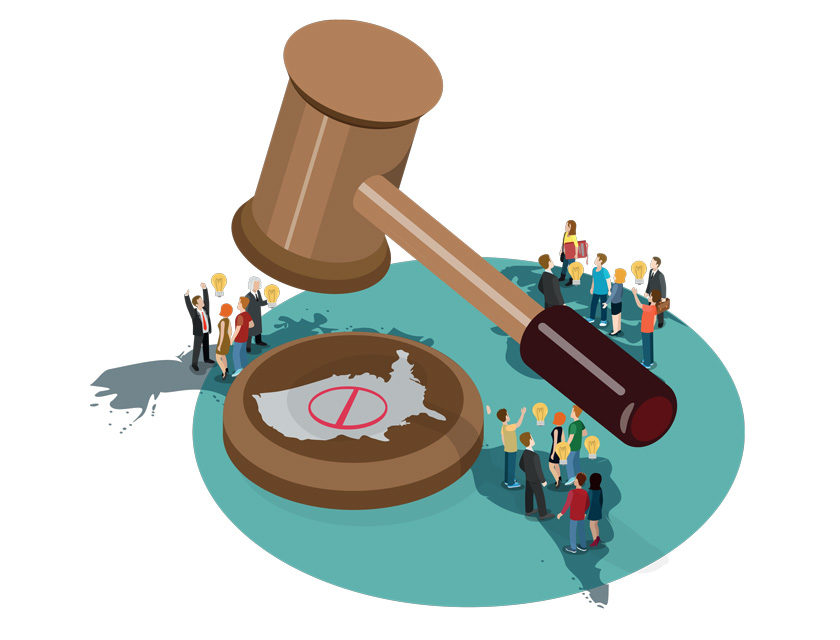 This lost decade in America has and continues to set the stage for innovation dominance outside the United States. Well done, Supreme Court!

January 13 was a dark day for patent eligibility in America.

The United States Supreme Court denied certiorari— a writ or order by which a higher court reviews a decision of a lower court—in five more petitions relating to patent-eligibility challenges. Based on IPWatchdog’s count, this brings the number of patent-eligibility petitions denied by the Supreme Court to at least 48 since the court issued its controversial, if not catastrophic, 2014 decision in Alice Corporation vs. CLS Bank.

Obviously, the Supreme Court is perfectly comfortable with the status quo as it pertains to the law of patent eligibility. This reality evokes myriad emotions, ranging from despair to outrage to resentment to cynicism to exasperation—and finally, to a begrudging acceptance.

Even with Associate Justice Neil Gorsuch hiring clerks with an intellectual property background—an extreme rarity at the Supreme Court—there seems to be no willingness to clean up the mess this court created when it ignored the doctrine of stare decisis (the legal principle of determining points in litigation according to precedent), several generations of well-established law, and the 1952 Patent Act itself. That law had been interpreted by the Supreme Court based on the explicit language of U.S. Code Chapter 35, Section 101 and the legislative history to make “anything under the sun that is made by man” patent eligible.

There have now been at least four dozen opportunities to shed much-needed light on the meaning of “abstract idea,” a term that the Supreme Court and the United States Court of Appeals for the Federal Circuit have left intentionally left undefined.

It is alarming that the term has remained undefined although it is central to the so-called Alice/Mayo framework. (Editor’s note: Under the Alice/Mayo framework, courts continue to invalidate patents securing the fruits of inventive labors in medical diagnostic tests, medical treatment methods, medical devices, and in high-tech inventions. Mayo Collaborative Services v. Prometheus Laboratories (2012) was another Supreme Court ruling against patent-eligible subject matter.)

Patent examiners and judges must determine whether a software patent claim is directed to an abstract idea. How can one know if a claim is directed to an abstract idea if the Supreme Court and federal circuit refuse to define the key term to the inquiry? Based on any logical interpretation of the law, the standard is hopelessly infirm due to ambiguity. Yet the Supreme Court is content.

The high court and federal circuit have also squandered at least four dozen opportunities to define the meaning of “significantly more,”  although it is also central to the Alice/Mayo framework because patent examiners and judges must determine whether a claim that is directed to a law of nature, natural phenomenon or abstract idea adds significantly more such that the claim is inventive.

To the credit of the United States Patent and Trademark Office, it has compiled a list of cases and attempted to define “significantly more” by examples, but the nature of innovation means each innovation is different. SCOTUS’s not defining key terms to the decisional framework is a gross dereliction of duty.

This is just the beginning. The Supreme Court also refuses to define the difference between “law of nature” and “natural phenomenon,” saying it doesn’t need to make a distinction.

Further, the Supreme Court instructed inferior courts and decision-makers not to interpret its 101 decisions in a way that would swallow all of patent law—which is precisely what has happened.

And how can anyone know what a claim is directed to, and whether that claim contains significantly more such that it demonstrates an inventive concept, without doing a full claim construction?

The answer is simple: It is impossible to know what a claim covers in terms of inventive concept or is directed to in terms of subject matter without a thorough analysis of the claims, the specification, the prior art and any offered extrinsic evidence. None of that happens when patent claims are denied or invalided as lacking patent-eligible subject matter under Section 101.

Despite everything, the Supreme Court will not admit it is wrong nor  admit that its precedent is completely incongruous and inconsistent.

In fact, both the requirement to conflate novelty and non-obviousness (e.g. Mayo) and the requirement that eligibility exclude matters of novelty and non-obviousness (e.g. Diehr) remain good law according to the Supreme Court. Obviously, statements that are completely inapposite cannot be both followed, but that is the mess the Supreme Court has made of patent eligibility specifically and patent law more generally.

Clearly, the Supreme Court wants Congress to fix the mess it created. Meanwhile, software suffers, with artificial intelligence and machine learning going overseas. And now we definitively know that medical diagnostics are not patentable in America.

These are dark days for patents on commercially relevant technology of consequence in America.

One wonders whether the Supreme Court is capable of appreciating the chaos that has befallen the industry thanks to its apocalyptic series of patent-eligibility cases.

Ironically, as Center for the Protection of Intellectual Property  founder Adam Mossoff commented, four cases—Bilski, Myriad, Mayo and Alice—like the four horsemen of the Apocalypse, have brought destruction in their wake in America. Patent filings are down at the USPTO at a time when they are significantly up all across the world; not just in Europe and China, but in Africa and the Middle East.

This lost decade in America has and continues to set the stage for innovation dominance outside the United States. Well done, SCOTUS!

Although it has become cliché for the Supreme Court to deny further involvement in patent eligibility as if the law is clear, this latest round of denials by the Supreme Court is different. Continuing to allow medical diagnostics to remain patent ineligible in America is not just bad law—it is stupid.

You would expect a bunch of Ivy League-educated jurists to be smarter. Apparently not.