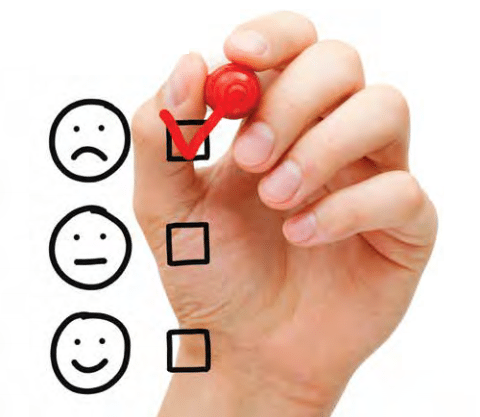 Despite results, patent owners do not like inter pares review challenges.

According to Bloomberg and the AIPLA, the survey results released February 3 suggest that complaints from patent owners and other stakeholders in the U.S. patent system surrounding high patent invalidation rates at the Patent Trial and Appeal Board “have largely subsided.” The report argues that patent owners find value in PTAB trials and that inter partes review challenges are beneficial. (Inter partes review is a trial proceeding to review the patentability of claims in a patent, only on grounds that could be raised under U.S. Code sections 102 or 103, and only on the basis of prior art consisting of patents or printed publications.)

The conclusions reached defy common sense, do not comport with the experience of actual patent owners, and the survey does not hold up to even cursory scrutiny.

Critics Weigh In
The numerous problems with the Bloomberg/AIPLA survey will undoubtedly be misused by those who want to push the false narrative that patent owners and innovators in general find challenges to their patents to be a good thing from which they derive real benefit. “Who could possibly find benefit in paying hundreds of thousands of dollars to defend a patent before making one dime? That’s neither intuitive nor practical,” said Warren Tuttle, president of the United Inventors Association. “A far more likely scenario is that large entities wish to efficiently infringe upon patent rights with the prospect of getting new technology for free. This survey does not speak to the reality that I know independent inventors and entrepreneurs face.”

“Independent inventors and many start-ups have no assets, so a patent must be able to attract the investment needed to build assets,” explained Paul Morinville, an inventor, patent owner and board of directors member at U.S. Inventor. “IPRs have gutted the value of small patent portfolios, and that has gutted investment in independent inventors and patent-centric start-ups. This survey obviously did not ask the right set of people.”

“The article seems to gloss over the fact that the majority of patent owners do not favor the existence of the AIA (American Invents Act) procedures,” said Bob Stoll, a partner with Drinker Biddle and former commissioner for patents with the United States Patent and Trademark Office. “If anything, the study can be used to support the premise that further reforms are needed.”

It shouldn’t be surprising that the survey flies in the face of everything we know and comes to the wrong conclusions. Patent owners and innovators loathe IPRs, but no patent owners or innovators who were likely to hold negative views of IPRs were included in the survey. Was the survey merely statistically invalid? Perhaps, but given how the conclusions are so contrary to conventional wisdom; the survey sample is ridiculously small; and the survey did not include those constituencies known to be suffering at the hands of IPR, one has to wonder.

“Regardless of one’s position on IPRs, as our recent presidential election has shown, all surveys—especially ones involving a small, non-representative sample—should be interpreted with skepticism,” said Robert Rauker, medical device company CEO, patent owner and inventor.

No Patent Owners Responded
The survey included no actual patent owners as respondents. Instead, the study itself notes that the survey, which was available online last year from mid-November to mid-December, was completed by a total of 167 patent attorneys. So any time the study says that it’s portraying the opinion of a patent owner (which it does, numerous times), it’s actually only portraying the opinion of a patent attorney who has represented a patent owner. This becomes quite indicative of a biased sample.

“How many responses were filed by the same high-tech companies that pushed for the passage of the AIA and were pushing for additional patent reform?” asked John Calvert, executive director of the United Inventors Association and a former associate commissioner for patents at the USPTO. “Until the results can be broken down into finer statistics, we cannot truly understand what the inventor community really thinks of the way AIA affects the strength of patents since its passage. All we have in this report are general facts from the 167 respondents, 62 of who are in-house attorneys.”

How many of those patent attorneys surveyed and characterized as patent owners are from companies that engage in a never-ending quest for more patent reform, such as Google? We know that 70 percent of the corporate respondents came from Fortune 1000 companies, which means they come from the largest companies in the world and have at least $1 billion in annual revenue. That factor alone suggests a substantial skewing of what was already an extremely small sample size.

We know that large entities are the ones that have been engaging in efficient infringement schemes and filing large numbers of IPRs so they do not have to pay for the patent rights they trample. Google, for example, is one of the largest patent acquiring companies in the world, which absolutely makes it a patent owner. Still, it is famously (or perhaps infamously) known as the company behind the push to weaken the U.S. patent system.

Microsoft is another company that is a massive patent owner but files numerous IPRs—sometimes multiple IPRs against the same patent on the same day. How can you actually assume these large corporate entities that engage in near-collusive efforts to ignore patent rights and efficiently infringe really represent the broad category of patent owners? Based on the survey details, there is reason to suspect that the so-called “patent owners” were more wolves in sheep’s clothing than anything else.

But let’s step back for a minute and try to apply a scintilla of logic. How could any patent owner be in favor of IPRs and really believe they create a “gold plated” patent anyway? That may make sense in theory, but in practice that isn’t what is happening.

While winning at the conclusion of the IPR would to some extent “gold-plate” the patent with respect to novelty (U.S. Code Title 35, Section 102) and obviousness (Section 103), the patent is still susceptible to challenges in court for lacking patent-eligible subject matter (Section 101) and for an inadequate description (Section 112). And just because you win one IPR challenge doesn’t mean that another entity can’t bring another IPR challenge, and just because you prevail in an institution decision doesn’t mean further challenges cannot be brought and instituted. Of course, there is also the fundamental lack of due process afforded patent owners at the PTAB, the inability to amend claims despite the statute giving patent owners the right to amend, and the PTAB being able to ignore even timely submissions made as a matter of right.

Look at the Case Law
“It is not surprising that there would be many patent owners who believe that IPRs could, on some level, be beneficial to them. After all, that’s what they were promised in the AIA,” said Hans Sauer, deputy general counsel for intellectual property at the Biotechnology Innovation Organization. “But I really wonder whether all respondents operate under the correct assumptions, or have been following the case law closely.

“Any patent owner who has defeated an IPR petition, only to see renewed petitions using the prior non-institution decision as a how-to guide, is likely to take a dim view of the proceeding. Patent owners who believe the PTAB will diligently resolve issues for district court litigation must never have run into the board’s ‘redundant grounds’ practice, under which presented grounds are neither instituted nor denied on the merits, only to hang out there for re-assertion later. Patent owners who believe that the one-year litigation time bar will protect them from having to re-litigate their patent in the PTAB must never have experienced ‘proxy’ IPR petitions by dubious third-party petitioners. Variations of the “multiple bites at the apple” theme simply abound in IPR. This is good for IPR petitioners, but it’s unambiguously bad for patentees.”

Everyone familiar with how biotech and pharma companies think know that they don’t believe what is reported by Bloomberg and the AIPLA. It is well known that they are lobbying very hard for a legislative fix, and yet there is no pause or question raised? The results fly in the face of logic and real-world practice; that alone should have raised significant questions about the credibility and reliability. “There are no results from actual patent owners, independent inventors, entrepreneurs or small businesses,” Calvert said.

Bloomberg and the AIPLA should have known something is seriously askew rather than release a report that will be fundamentally misused. That is particularly true, given that the AIPLA has been on record for supporting significant reforms to post-grant challenges—specifically being supportive of the STRONG Patents Act submitted in the 114th Congress by Senator Chris Coons (D-Del). Does this survey suggest a shift in the AIPLA’s belief that something needs to be done about the post-grant procedures at the USPTO? That would be highly unusual, considering that it just submitted comments to the USPTO again raising significant concerns about certain aspects of post-grant practice.

Convenient Disclaimer
The closing comments section of the PTAB study starts with this disclaimer:

“The explanations in the previous section and other conjecture in this paper are intriguing and call for more study of the phenomena recorded in the results. And a real-data statistical analysis of the link between outcomes in the PTAB and district court final dispositions is still wanting.”

“I am concerned with the reporting of this survey, as there is nothing to suggest that independent inventors, entrepreneurs or the start-ups they create were actually involved in its polling,” Tuttle said. “In fact, most of the thousands of inventors and entrepreneurs that I know do not view the AIA favorably, are not in favor of the current post-grant processes, and are upset when costly issued patents they presumed were 100 percent valid may no longer be.”