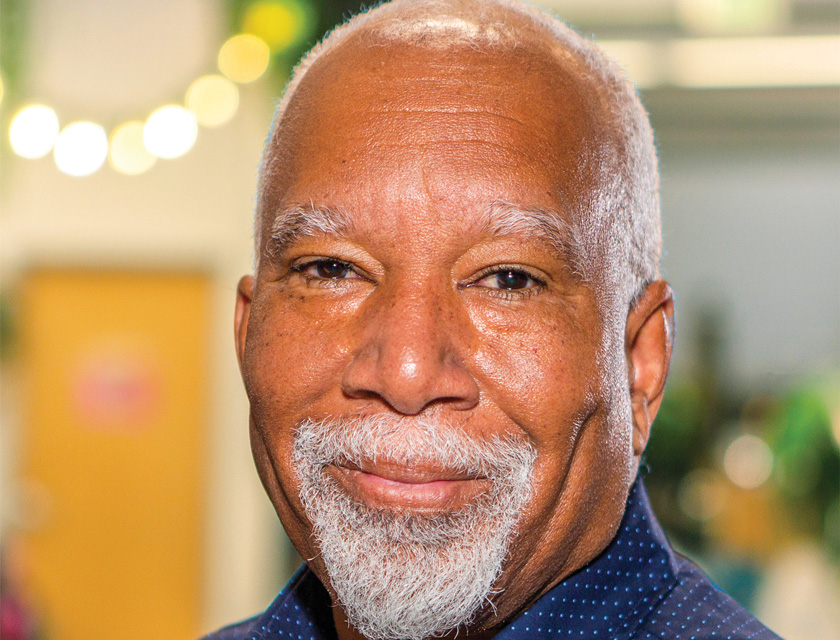 Lanny Smoot smiled while riding a unicycle in a photo that recently appeared as part of a People magazine interview. As an inventor, electrical engineer, scientist, researcher and motivating force for nearly five decades, he rides alone.

The 66-year-old recipient of 102 patents—74 with The Walt Disney Company, where his futuristic theme park innovations have earned worldwide renown—was a fitting headliner for the USPTO’s virtual “2022 Black Innovation and Entrepreneurship Program, Part One: Defining Tomorrow” on February 17.

Inspired by a father who had a gift for repairing TVs with no training, Smoot was 12 when he saw someone riding a unicycle in his Brooklyn neighborhood. It was too expensive for him, so he took the front wheel from a tricycle and fashioned a crude version. Dad eventually “took pity on me” and bought him the real thing.

Wheel forward a half-century. After winning a full scholarship to Columbia University, Smoot joined Bell Laboratories and designed, patented and built some of the first fiberoptic transmission systems before designing videoconferencing systems with large screens and crystal-clear audio at Bellcore.

His 24 years as a Disney Imagineer have included special effects used in the Haunted Mansion, as well as numerous other interactive technologies.

The one-wheel rider had a one-word response when asked what propels his creativity: Curiosity.

Smoot encouraged people to research the contributions of Blacks throughout history as well as icons who are still making their mark, including James West and Jesse Russell.

More current inspiration came in the form of a discussion with three inventor/entrepreneurs who followed Smoot in the program—Janet Emerson Bashen, CEO of Bashen Corp.; Morgan DeBaun, founder/CEO of Blavity Inc.; and Stacy Spikes, founder/CEO of PreShow and cofounder/CEO of MoviePass.

Spikes called on underserved African-Americans to persevere, driven by a sense of duty: “If God gave you a gift, it is your responsibility to let that light shine.”