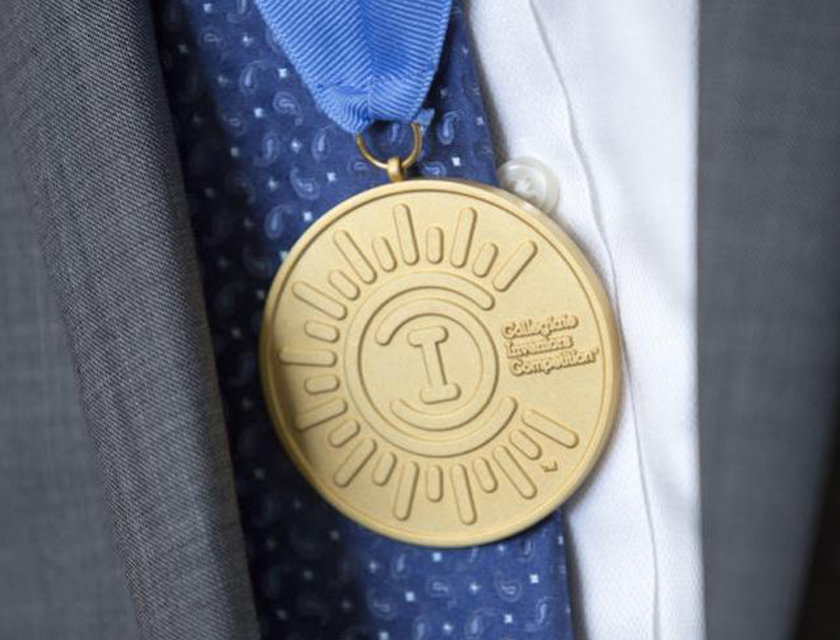 Winners have been announced in the 2021 Collegiate Inventors Competition®, an annual event for students and their advisers.

Finalist teams (six undergraduate and six graduate) of 20 students from 13 colleges and universities in the United States presented their inventions in a virtual format to a panel of judges comprised of National Inventors Hall of Fame® (NIHF) inductees and USPTO officials.

Established in 1990, the Collegiate Inventors Competition is a program of the NIHF that is sponsored by the USPTO and Arrow Electronics. In addition to cash awards, winning teams can meet with a NIHF inductee for mentorship and advice, and receive a USPTO Patent Acceleration Certificate.

First place ($10,000), undergraduate: EarFlow, Harvard University. Eva Cai (Samir Mitragotri and Aaron Remenschneider, advisers) devised a drug delivery device that is placed on a patient’s eardrum to deliver dexamethasone, a steroid, and ciprofloxacin, an antibiotic, to treat middle ear infections. Placing the device takes less than five minutes in a doctor’s office and does not require general anesthesia.

Runners-up ($5,000), undergraduate: Augment Health Bladder Management System, Georgia Institute of Technology. Stephen Kalinsky and Jared Meyers (Martin Jacobson, adviser) addressed limited bladder sensation with this noninvasive connection between a catheter and catheter valve that monitors the bladder and tells the user when it is full via their smart device.

Graduate: VirSENSE, University of Illinois at Urbana-Champaign. Maha Alafeef (Dipanjan Pan, adviser) created a rapid test for COVID-19 that users can administer entirely at home. Using an electrochemical biosensor paired with an electrical reader, the test screens for active cases and is more than 98 percent accurate.