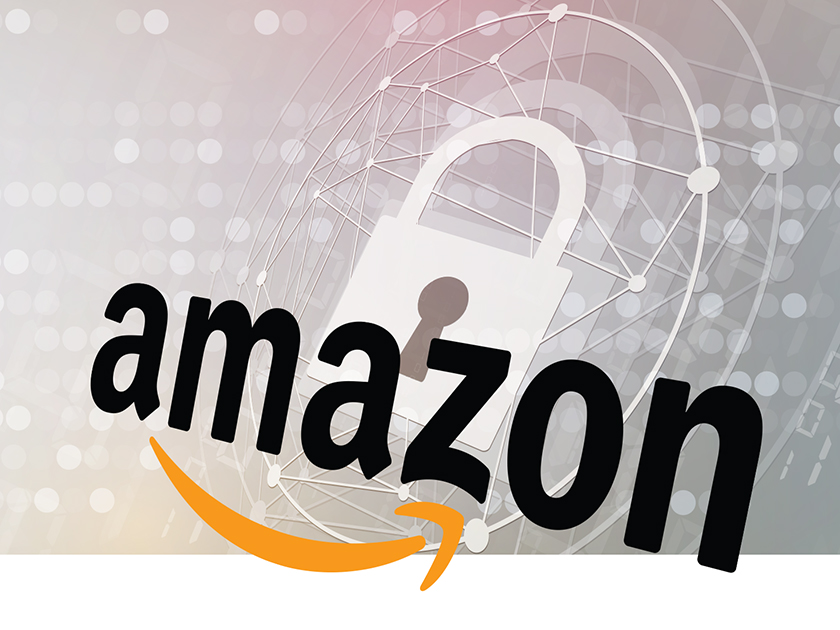 The law surrounding online service provider liability may be unsettled, but Amazon’s role in enabling the sale of counterfeit goods seems very clear.

“Sometimes people don’t even know that they’re getting counterfeits. They have a bad experience and blame it on the brand owner.”

Amazon.com, Inc. recently filed a Form 10-K annual report with the U.S. Securities and Exchange Commission in which it officially acknowledged to shareholders that the company’s online sales platforms face the risk of being found liable for fraudulent or unlawful activities of sellers on those platforms.

The filing, which include Amazon’s year-end earnings for the 2018 fiscal year, include the company’s first concession that Amazon may be unable to prevent sellers trafficking counterfeit and pirated goods.

Along with the specter of counterfeit sales, Amazon noted that its seller programs may render the company unable to stop sellers from collecting payments when buyers never receive products they ordered, or when products received by buyers are materially different than the sellers’ description of those products at the point of purchase.

Although information regarding a corporation’s potential risk of liability is a regular feature of SEC filings, news reports indicate that this is the first time Amazon used the word “counterfeit” in an annual report.

The counterfeiting activities are old news for large and small brand owners.

In recent years, Elevation Lab, Daimler AG and Williams-Sonoma are a few companies that have publicly called out Amazon for its unwillingness to deal with counterfeit products—the latter two companies having filed trademark infringement suits based on those allegations. Even Apple has claimed that 90 percent of Apple-branded products sold on Amazon are counterfeits.

Last June, counterfeit watchdog group The Counterfeit Report detailed official communications with an Amazon representative responding on behalf of CEO Jeff Bezos, which indicated that Bezos is complicit in the sale of counterfeit items on Amazon’s e-commerce platform.

The law surrounding online service provider liability may be unsettled, but Amazon’s role in enabling the sale of counterfeit goods seems very clear.

According to Eric Perrott, trademark and copyright attorney with Gerben Law Firm, Amazon’s susceptibility to the counterfeit problem has a lot to do with how the company has structured its e-commerce services.

Many consumers visit Amazon.com through their web browsers and expect that they’re visiting a single cohesive e-commerce platform but, as Perrott notes, Amazon is actually structured into three different e-commerce tiers. There’s the Amazon Retail tier, where Amazon employs buyers to negotiate wholesale rates for items, which are then sold by Amazon.com LLC.

“In this tier, Amazon is the merchant in a more traditional grocery store or big-box store sense,” Perrott said.

Then there’s Fulfilled by Amazon, where the sellers are third parties but the goods are stored in Amazon warehouses and shipped by Amazon employees. For this service, Amazon might charge sellers up to 50 percent of the retail price of the items being sold.

Finally, there’s Amazon Marketplace, which functions more like eBay or other e-commerce sites where Amazon is merely the platform and the storage and shipping is handled exclusively by the seller.

“A lot of people don’t realize the difference,” Perrott said. “They think that each tier is Amazon.”

The most problematic tier

Perrott said that Fulfilled by Amazon is the particular e-commerce tier for which Amazon has earned the most flak regarding its counterfeit issues.

“Consumer trust is developed from the idea that when you buy from Amazon, you’re getting what you believe is a genuine product from Amazon,” he said. Although Amazon’s counterfeit woes have grown to the point that the company has finally disclosed the potential of liability to its shareholders, the recent suits from Daimler and Williams-Sonoma demonstrate that it’s much more damaging to a brand owner than to Amazon when a consumer receives a counterfeit product.

“Sometimes people don’t even know that they’re getting counterfeits,” Perrott said. “They have a bad experience and blame it on the brand owner.”

Perrott said that he had recently represented a pair of clients dealing with counterfeit issues on Amazon’s website. One was a brand owner who sold bed protectors, including those meant to prevent bed bug infestations. One counterfeit seller had photocopied labels used on the authentic product, but Perrott’s client was able to identify certain packaging techniques that differed from the authentic branded article.

“For certain brands that sell these types of sensitive consumable products, Amazon does offer some brand gating that only allows resellers if they prove that they acquired the product legally,” Perrott said.

In the case of the bed protector client, he said that the counterfeit seller was able to continue operating after forging multiple invoices on the bed protector products. “Amazon doesn’t have the infrastructure to flag a seller after it has received a second fake invoice,” Perrott said.

“Addressing online counterfeits is a never-ending battle for many brand owners,” said Amy Ziegler, Shareholder at Greer Burns & Crain. She said that counterfeit problems extend across all major online retail platforms, including Amazon.

In particular, she said there’s a high probability that a product is a counterfeit if it’s coming from a third-party seller based in China. Nearly 90 percent of all global counterfeit products seized by U.S. customs agents in 2017 came from China and Hong Kong.

“Not only is (the focus on China) justified, it is a matter of fact,” Ziegler said.

Although online retail platforms could always be doing more, Ziegler said they have made substantial improvements in recent years  from increased actions by brand owners and more cooperation from online retailers.

“The counterfeit problem is too large for any one stakeholder to address alone,” she said. Online retailers could put effective safeguards in place that help to better identify sellers on their platforms; such safeguards could be especially helpful in dealing with counterfeits coming from China.

“If online retailers are going to continue to make their platforms available to China-based sellers, then there should be some burden on those sellers to show that the products they’re selling are legitimate,” Ziegler said. She added that trademark owners dealing with counterfeits should be aggressive in their enforcement efforts, the most effective deterrent being filing lawsuits and forcing internet stores to pay damages for counterfeits.

Generally, these products are only supposed to be made available through a network of authorized dealers, but brand owners have difficulty controlling downstream access due to the first sale doctrine, which generally allows for resale of genuine products in an unchanged state.

“Somehow, the products get out of their normal distribution channel and they end up on Amazon,” Frohling said. “That can be very problematic in a luxury goods context, where a brand owner will want to protect pricing and provide consumers with a specialized sales force and warranties, which they miss out on when they buy the products online.”

Such unauthorized sales on Amazon can hurt a brand owner’s reputation with consumers if the Amazon retail price is much lower than the retail price through authorized dealers, and it can hurt relationships with those dealers who feel the price difference is unfair.

“Frankly, it’s a little easier to combat unauthorized sales on Amazon when it’s not a manufacturer selling the products on Amazon,” Frohling said. This is because Amazon collects material from the seller, including photographs and advertising copy, which may have been provided by the original brand owner. Once the manufacturer provides those materials, Amazon receives a sublicense to them and makes it more difficult for brand owners to address the situation from a copyright standpoint through takedown notices.

Frohling said that brand owners concerned about either counterfeits or unauthorized sales could use covert marking or watermarking techniques that are difficult for counterfeiters to replicate and can help to indicate the proper distribution channel if online sales aren’t preferred. It is also important to keep careful records of copyrightable materials, such as product images or advertising materials that can be registered with the U.S. Copyright Office.

What Is Amazon Doing to Help?

Amazon is doing what it can to reassure the public that it has the infrastructure necessary to deal with its counterfeit issue. An Amazon spokesperson offered the following statement in response to a request for comment from IPWatchdog:

“Our customers expect that when they make a purchase through Amazon’s store—either directly from Amazon or from one of its millions of third-party sellers—they will receive authentic products, and we take any claims that endanger that seriously. We strictly prohibit the sale of counterfeit products and invest heavily—both funds and company energy—to ensure our policy against the sale of such products is followed. Our global team is available 24 hours a day, seven days a week to respond to and take action on reported violations and notices of potential infringement.

“When a business registers to sell products through Amazon’s Marketplace, Amazon’s systems scan information for signals that the business might be a bad actor, and Amazon blocks identified bad actors before they can offer any products for sale. Amazon’s systems also automatically and continuously scan numerous data points related to sellers, products, brands, and offers to detect activity that indicates products offered might be counterfeit. Over 99 precent of all Amazon page views by our customers landed on pages that did not receive a notice of potential infringement.

“Customers are always protected by our A-to-Z Guarantee, whether they make a purchase from Amazon or a third-party seller. If the product doesn’t arrive or isn’t as advertised, customers can contact our customer support for a full refund of their order.”

Although this certainly pays lip service to the problem, Perrott felt there is still reason to question Amazon’s ability to effectively weed out counterfeits. He noted that Amazon’s service reps who handle requests on taking down counterfeit items typically aren’t legal professionals and follow a strict script in how they’re able to respond to and pass along claims about counterfeit.

“There have been identical takedown notices sent to Amazon and one gets denied but the other one gets accepted because they’ve been viewed by different service reps,” Perrott said. “If they can’t even get that right, the idea that an automated process would help seems unlikely.”

Although Amazon’s statistic on the 99 percent of customer page views seemed like a “beautifully cherry-picked” factoid, Perrott did acknowledge that it was likely true. “Even if it’s only 1 percent of page views, that’s still a major problem considering how big Amazon is,” Perrott said. “That has to be billions of page views on an annual basis.”

That 99 percent also could include a large number of pages where infringing items are being sold but a notice of infringement hasn’t yet been sent to Amazon.

Finally, it appears that Amazon’s public statement may not exactly line up with what the company is telling shareholders. The statement from Amazon’s spokesperson indicates that customers can get a full refund on counterfeit purchases through the company’s A-to-Z Guarantee program. However, in the section of Amazon’s 10-K filing where it discusses the counterfeit problem, the company says that it “reimburse[s] buyers for payments up to certain limits.”

The use of the phrase “certain limits” doesn’t seem to contemplate a full refund in all circumstances.

This is a major problem. I usually try to buy products that are Amazon Prime thinking they are the real deal, but you never know.