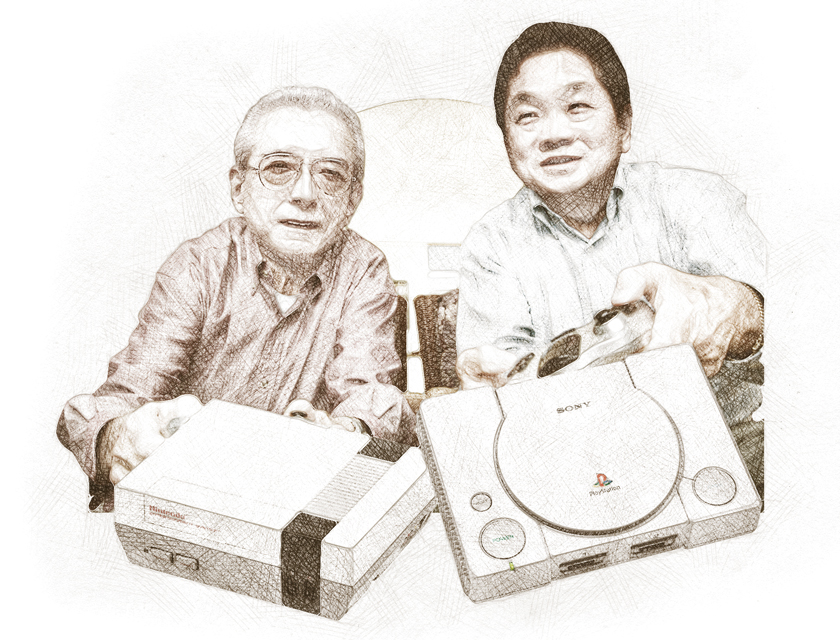 In a creepy launch commercial for PlayStation’s American debut on Sept. 9, 1995, a dark, menacing voice challenged the public: “You are not ready.” But in the wake of a brief, tumultuous partnership between Nintendo and Sony several years earlier that led to this new gaming frontier, was anybody ready?

In 1988, the two companies entered into an agreement to develop a CD-ROM attachment known as the Super Disc for the soon-to-be released Super Nintendo. But it can be argued that Nintendo Game Boy started all this.

The handheld console’s massive commercial success in 1989 attracted the eye and envy of Sony, possibly the world’s most renowned electronics brand. In turn, Nintendo’s wary eye toward Sony and its gaming intentions fueled a cutthroat power struggle that could have inspired the title in PlayStation’s “Resident Evil” series.

Buildup for a breakup

As the last decade of the 20th century dawned, cartridge-powered console units were the reigning format in gaming. This all changed with a surprise announcement on May 28, 1991, at the influential Consumer Electronics Show in Chicago.

Sony announced that it had secretly been working with Nintendo for two years on a new system with a built-in CD-ROM drive, unveiled at the show and tentatively called Nintendo Play Station.

“Tentatively” is the operative word here. According to “Replay:  The History of Video Games,” by Tristan Donovan, “Nintendo had become increasingly nervous about Sony’s intentions, fearing that it wanted to use the project to muscle in on the games business.”

But the uneasiness between Nintendo and Sony went beyond corporate distrust.

“Back then, we saw Sony and Nintendo approaching the gaming market in very different ways,” Donovan told Newsweek.

“Sony was pushing that they were marketing to adults, that they were about 3D images and CDs. Meanwhile, Nintendo was still sort of saying, ‘No, games are meant to be family friendly, we like cartridges’ and so on.

“We were seeing this tussle for the future of video games. Everything that came before and after was really defined by that.”

“On one hand there was Nintendo and its famously power-hungry boss Hiroshi Yamauchi—the man who had little interest in video games beyond their potential to generate cash, and who had cannily changed the company from a humble toy maker to a global gaming behemoth.

“On the other was Sony, one of Japan’s most famous corporations and a firm that had achieved international renown thanks to its excellent line of TVs, stereos and the iconic Walkman.

“Nintendo would benefit from Sony’s expertise with CD-ROM technology, while Sony would gain a valuable foothold in an industry that had thus far largely ignored it. The trouble is, neither firm was flexible enough to make this arrangement work.”

So the day after Sony’s excited announcement, Nintendo gamed its gaming partner with an announcement of its own. Again, per Trusted Reviews:

“The next day, Nintendo well and truly piddled on Sony’s strawberries by revealing to the assembled throng that it had inked a new deal with Philips to produce a CD-ROM drive for the SNES (Super Nintendo Entertainment System).”

Nintendo Play Station never came to market. The company would not be making games for the console that it and Sony had conceived. On top of that, Philips was a Sony rival.

The industry buzz was palpable, especially since Nintendo had swatted down a hornet’s nest.

The stunning action—routinely characterized by media as a “betrayal”—enraged Sony President Norio Ohga and inspired him and lead engineer Ken Kutaragi to create Sony Computer Entertainment and name Kutaragi as CEO.

Sony quickly got busy to form its own console game empire. The empire struck back with resounding force.

It was an instant success. Introduced to the United States at the Electronic Entertainment Expo in Los Angeles in May 1995, PlayStation pre-sold more than 100,000 units by its September U.S. launch.

Sony’s accomplishment is more than a story of revenge; it is one of determination in the face of long odds that could inspire the most pessimistic inventor.

Donovan noted that when Sony decided to get into gaming, it had “no video game experience, no video game studios, nothing apart from ‘We think we can build a video game machine.’ There was no infrastructure or relationships with video game companies. They were starting with nothing.”

The Nintendo-Philips pairing didn’t work out. Philips’ compact disc device was a commercial failure, even though Nintendo remained the industry leader through the rest of the decade.

The gaming landscape is in constant flux, with Sony still a powerhouse among a group that includes Nintendo (which began releasing video game consoles in 1983, 11 years before PlayStation’s debut), and Microsoft Xbox. But there is little question that Nintendo’s abandonment of Sony changed the gaming game forever.

Dan Holmes of Banbury, Oxfordshire (England), changed his name to PlayStation 2 in 2002.

At that time, the 29-year-old had about £7,000 worth of PlayStation games (almost $10,000 U.S.) and played for about four hours every day. He said he had asked a few vicars to marry him with his console but they were “not keen on it.”

At last report, he was unmarried to any consoles or humans.

As a heralded innovator in gaming, PlayStation is synonymous with patents. We couldn’t determine how many it has. But it’s a lot.

In April, Sony Interactive Entertainment published a patent for technology that would create a default play profile for each user, developing artificial intelligence behavior that mimics their playstyle by observing their gameplay over time. The player could be tagged-in during story games to help defeat hard levels or substitute in during multiplayer matches when the player has to step away.

A bigger eyebrow-raiser came in May, when Sony published a patent describing a system to allow betting on live esports events with both traditional and digital currencies such as Bitcoin. The feature would work as an overlay that allows gamblers to bet in real-time while watching the games live. Betting odds would be established by an AI system and based on the game’s history of the competing players.

Sony wasn’t the only winner in its doomed partnership with Nintendo. Last year, a prototype of the ill-fated Nintendo Play Station fetched $360,000 at auction. Winning bidder Greg McLemore, founder of Pets.com and Toys.com, beat rivals that included Palmer Luckey, founder of Oculus VR.

The console is one of only 200 prototypes created from the failed Sony- Nintendo partnership. Valerie McLeckie of Heritage Auctions, where the console was offered, said it’s believed the console was the only such remaining prototype and that the others were destroyed.

Polygon reported that the prototype was discovered by Terry Diebold in a box of items once owned by former Sony Computer Entertainment CEO Olaf Olafsson. The two had both worked at Advanta Corp. and when that company went bankrupt, the console was one of many items that ended up at private auction where Diebold acquired it.