Get Feedback, in Stages 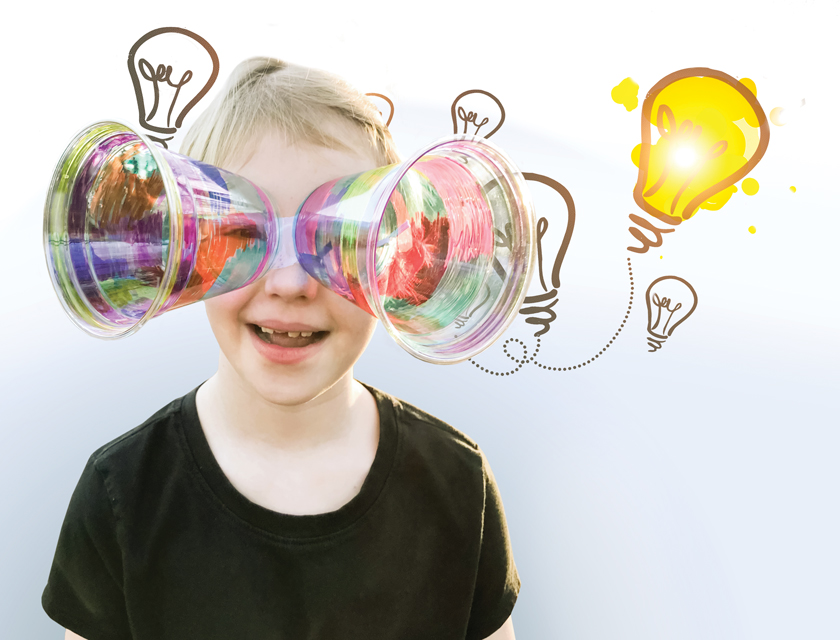 Avoid asking friends and family questions where they are cornered into a singular answer, such as, “Is this a good idea?”

It can be exhilarating to have a new product idea: fun to think about how you might prototype it, what it will look like, and fantasies about all the units you are going to sell.

But this does no one any good unless it sees the light of day. This means sketching and prototyping the idea, then showing the concept to people to get their feedback in hopes of eventually getting their dollars when it is ready to sell.

You can answer many questions about the product by prototyping it in isolation but also gain important insights by showing it to other people and letting them see the concept or use a prototype. Some techniques to solicit purposeful feedback for your new product:

Many of us have had those lightning-bolt moments when a new product idea storms you, and you are certain it will be a thundering success. Because it is definitely going to sell millions of units, the instinct at this stage is to keep your shiny new product idea to yourself. But this is a great time to solicit feedback.

You may only have it in your head or as a rough sketch, so it is only appropriate to share with close family and friends. However, feedback from friends and family has the potential to be misleading and should be approached carefully.

Friends and family often will value your feelings over the quality of the feedback and may lie to you, even if they think it is a stupid idea. So  avoid asking questions such as, “Is this a good idea?”

De-risk the situation by being deprecating and humble. Lead with a more open-ended script, such as, “You know I always come up with silly ideas, and I had a concept for a new product the other day. Before I devote any more time to it, I want to see if something like this would solve a problem for you, too.”

This will invite more introspection and encourage them to think of additional ways it could be used, or features they might add.

The key feedback at this stage is not whether the idea is good but that you have identified a good problem to solve. If you are getting feedback such as “I always have that problem,” or “Why hasn’t someone come up with something for that yet?”, you know you have found a pain point that a good product can help eliminate.

Feedback from early-stage prototypes is valuable because it is the first time people can physically see and interact with the product being designed.

The key for an early-stage prototype for consumer testing is that it is built to the Goldilocks standard: “just right.” It must look good enough to keep users in the moment but have as little as possible spent on the details of making it a manufacturable product. The goal is to keep as much flexibility in the design as possible, so user feedback can be used to make the product better.

Once the prototype is ready, you can literally take it to the street to get consumer insights. If the product is for general consumer use, you can approach people in public areas and ask for their time (allowing for proper Covid related safety measures).

If the product is more niche, you may want to bring it to a gathering of people who would be end users, or approach people in forums and set up a video conference to demonstrate the product. Ask open-ended questions to allow people to tell you about their habits and the environment where the product will be used.

Start by asking for a few minutes of their time to show them your prototype, then get into key questions: “How do you normally do [insert activity]?” “What parts of the experience are pain points for you?”

Show them the prototype, explain the use case and features. Then ask more direct questions: “Would a product like this help you with your pain points?” “Could you see yourself using a product like this?” and the key question: “How much would you pay for this product at retail?”

Take copious notes and gauge reactions as well as responses. Although this feedback is not from friends or family, people still like to say polite things and may lie about liking it. However, reactions from them may be harder to mask.

After 5-10 people, you should have a catalogue of great feedback and concepts that you can use (or not) in the next iterations of the product.

The process of user testing and feedback should continue throughout the prototyping process and into production.

Because the design is more locked down as development continues, testing will become more targeted. For example, you may not be trying to figure out whether the invention is a good idea or what core features to add, but you may be testing different geometry for a handle, or the design of the screens for a display.

Later-stage testing uses a more formal process. The sessions are longer than a chance meeting on the street, and you will likely find some bespoke space to invite some key users. Have a test plan with clear goals and a script to help guide the conversation.

It is recommended that testers sign nondisclosure agreements (NDAs) before the session to help protect your intellectual property, and you may also offer a small honorarium for their time—often in the form of a gift card. Providing a comfortable and fun atmosphere helps your testers be at ease; the more comfortable they are, the more candid the feedback is likely to be.

Throughout the testing and feedback process, it is important to protect any patentable features that you may have developed. In later-stage testing, this is a little easier to control; the product may already be patent pending and testers will sign NDAs for formal testing sessions.

However, it can be muddier during early-stage testing. Practically, a random person to whom you show your prototype in a park is unlikely to steal your idea, and it is not that risky from a legal standpoint, either.

The key to protecting your intellectual property is what constitutes a public disclosure.

Private conversations in your own home with friends and family and with select people you meet on the street are not typically a valid public disclosure. However, if you post pictures online, sell the product, or show it at a large group meeting such as a trade show, you have likely made an official public disclosure.

Fortunately, in the United States and some other countries, you still have one year to file a patent from the date of the first public disclosure so there is still the ability to file patents even if you make a mistake. In any case, you should seek advice from a patent lawyer throughout the process so that you and the product are protected.