As Inventing Tools Evolve, So Do Opportunities 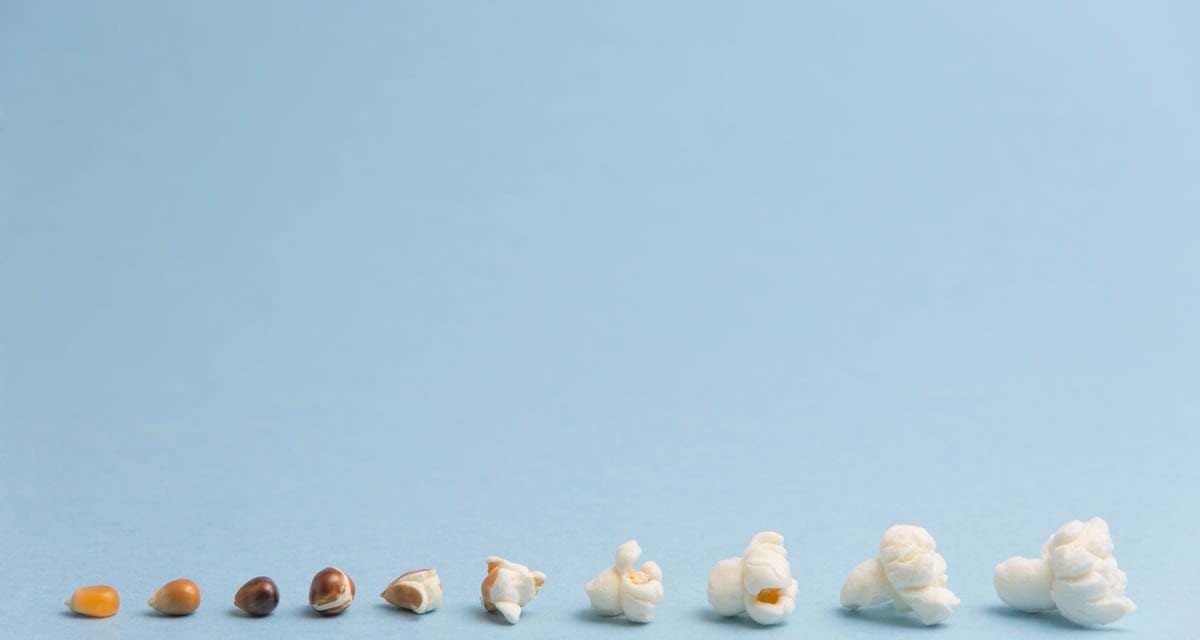 Our opportunities lie in change; the older and more settled a field, the greater the probability that the lucrative inventions have already been cherry-picked.

Archeologists recently discovered what they believe to be stone tools shaped by humans about 3.3 million years ago. The discovery in Kenya appears to set an earlier date for the first humans, Homo habilis, (handy man), which were previously thought to have invented stone tools about 2.6 million years ago. The tools were made by knapping—that is, the striking of the stone workpiece with another stone. The residue of chips found at the site proves that the stones were hand formed.

Skip ahead to about 100,000 years ago, the beginning of modern Homo sapiens, the “wise and knowing”—us. This is the era in which we learned refined speech, invented the bow and arrow, migrated out of Africa, and spread to the four corners of the world.

The last 10,000 years of this era, we left the life of hunter-gatherers and settled down as farmers. We also discovered bronze as a more versatile material for making tools than stone. This occurred about 4,500 years ago in China, and 4,300 years ago in Europe. About 2,200 years ago iron mining and smelting was developed, and iron—and eventually its more durable alloys of steel—took over as the superior material for tool production.

The rise of automation

The progression from crude stone tools to metal chisels, hammers, knives, axes, etc., was incredibly slow. For about 98.6 percent of our human history, we were “stone age” humans. Nowadays, the progression is even more rapid. The harnessing of steam, then electricity, made the use of motors for forging, milling and turning, the basic early means of shaping metals.

In 1804 Joseph Marie Jacquard, a Frenchman, invented punched card control of looms. Thus began the thinking of how to control machinery automatically. Punched cards could not be adapted to lathes and mills due to the more powerful tool driving forces that were needed. Around 1870, automated lathes began to be controlled by cams and produced turned parts without the continuous presence of a human operator.

In the mid-1950s, punched card numerical control began the automation of milling machines. This system was rapidly superseded by computerized numerical control (CNC)’machining. Today, so-called “machining centers” not only mill and turn metal and plastic parts, they change their own tools.

As automated machinery gained use in modern manufacturing, the factory of the future was envisioned as having only one human and a dog. The human was there to report any emergencies, and the dog was there to make sure the human didn’t touch any of the machines. (OK to laugh out loud.)

So, the incredibly slow progress from stone tools to metal tools is offset by the amazingly rapid advance from manually made metal tools to tools and other items made by machines that are mainly unattended by humans. What is next?

We are well into the conversion of assembly methods from manual to robot. A small assembly-type robot today sells for $25,000 and up. The robot does not take breaks, need a lunch hour, come in late and leave early, and does not need health insurance. Its cost is depreciated at a rate of about $1 to $5 per hour, depending on size and number of hours in the work week. I’m not a Luddite, but I can’t help but sympathize with those of my fellow humans who will be replaced on assembly lines in the near future. We must adjust, just as all of the workers of the past 300 years adjusted when machinery and other forms of automation took over their jobs. But how?

We are inventors. Our opportunities lie in change. The older and more settled a field, the greater the probability that the lucrative inventions have already been cherry-picked. We are left with the dregs, which may be worth pursuing because established companies aren’t interested. What is penny-ante to them can be a living to us sometimes. What changes can we expect?

We may prefer fields of change, such as birdhouse technology or do-it-yourself tools. But according to E. O. Wilson, author of “The Meaning of Human Existence,” the fields that we will see advancing rapidly are nanotechnology and robotics. (Wilson also adds genetics, but that is a bit remote from the kind of inventions most of us are qualified to work on.)

Now, the technology in each of these fields is demanding of formal education—namely, mechanical, electronic and computer engineering. Lacking education in one or more of these fields, your option is to watch these fields, and spot the changes that lie just outside of the most demanding technical aspects.

The need for accessories

Robots are great manipulators of things they can grasp, but they aren’t sold with a stock hand in place. They are amputees at the wrist. Grasping tools may be furnished by the robot maker or its distributor, but the infinite number of items the robotic “fingers” must grasp cannot be furnished by a one-kind-serves-all grasper. And the profits for the manufacturer are in the big-ticket robots, not the accessories. Accessories may be a nuisance to a distributor and even an impediment to sales.

This leaves a field for clever inventors to enter and become experts. How does a clumsy clamp the size of one’s hand pick up a washer for a Size 6 screw and place it on the screw? Should the clamping action be driven by compressed air, electromagnet, or hydraulics? The design of mechanical fingers, clamps or grippers—whichever term you prefer—means that we have to affiliate with those who sell robots and help them become successful by inventing the accessories that they don’t offer to their customers. Maybe that’s more than you feel comfortable doing, but it may also be a prediction of the future of inventing.

Even though I know a bit about robots and their applications, I’m not suggesting that this is the only area of opportunity. My point is more about keeping up with change—in fact, dedicating time and money to learning about a field that interests you. Getting involved leads to the identification of opportunities. You often start on one path and find an interesting side road that needs your kind of inventiveness.

Gone are the days of stone tools. Things are moving at warp speed. Read, study and investigate. But if you feel that you must visit a robot-controlled factory, make sure the dog is muzzled before you enter.