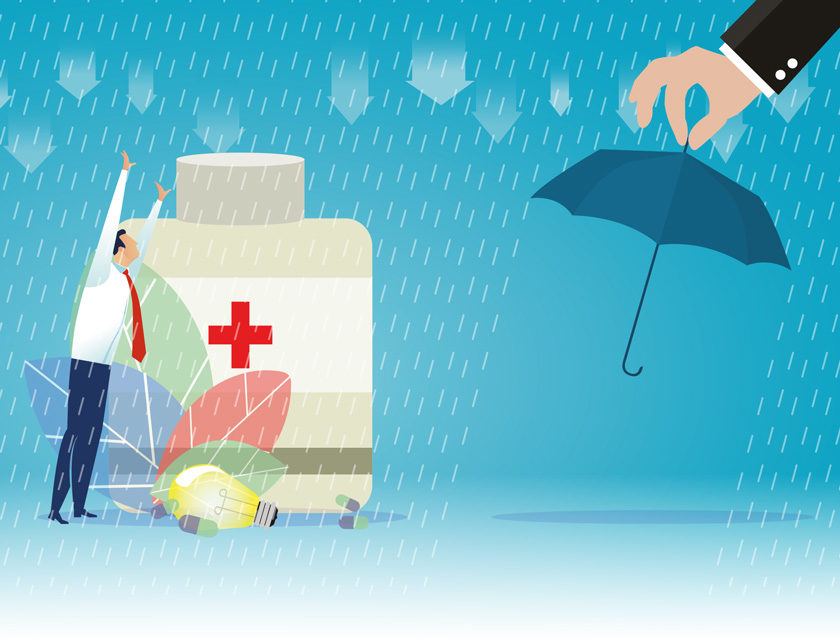 The decision to remove key intellectual property protections was based on the false assumption that these provisions would raise U.S. drug prices.”

The United States-Mexico-Canada Agreement has been approved by both the U.S. House of Representatives and Senate, clearing the way to replace the defunct North American Free Trade Agreement of 1993. But not everyone was happy with the version of the USMCA agreed upon by the White House and Congress.

Although the U.S. Chamber of Commerce supported the overall agreement, it has great concerns about the provisions in the negotiated agreement between President Donald Trump and House Speaker Nancy Pelosi. The deal completely omitted expanded protection for biologic drugs.

Last summer, House Democrats vocally opposed granting 10 years of regulatory data protection for biologics inventions—an increase from 8 years in Canada and from 5 years in Mexico—arguing it would result in higher drug prices and delayed entry for biosimilars.

Exclusive rights, whether in the form of data exclusivity or patent rights, do not raise drug prices. The belief to the contrary is a frequently held misconception that ignores the many years of research and development and the extraordinary financial investment required to innovate in the pharmaceutical and biologics areas.

The belief that exclusive rights raise drug prices also ignores the many years and substantial cost it takes to navigate a byzantine Food and Drug Administration approval process.

Further, the myth that patents and data exclusivity raise drug prices ignores the unfortunate truth that the vast majority of drugs lose money or never make it to market in the first place. Only 10 percent of drugs achieve blockbuster status.

Although no one likes paying high prices for drugs, high prices don’t just pay for the successful drugs but also for the rest of the drugs that lost money on the market and those that never made it to the marketplace.

Patents and exclusive rights, such as data protection, do not enable super-competitive prices, but they do allow prices to reflect true costs. The reason drugs are cheaper in other countries is because those other countries have price controls. If pharmaceutical and biotech companies want to sell into those countries, they have to charge those low prices.

You don’t get innovation when you allow free riders to take, before innovators have recouped investments plus a suitable return on that investment to make the risk undertaken worthwhile.

Similarly, erosion of exclusivity similarly erodes the willingness of investors to undertake risk—which results in less innovation, not more innovation. Thus, had the USMCA continued to include strong data exclusivity for biologics, innovation would have been fostered.

“The original biologics provision would have resulted in more funding for innovative medical research with no additional cost to U.S. consumers,” Donohue explained. “Now, the only beneficiaries will be foreign governments and consumers who will continue to free-ride on the benefits of American research into new cures without contributing to their development.”

The USMCA called for each country to provide at least 10 years of data exclusivity for biologics, which kicks in once the innovator submits the data to the government for approvals. This data would under any other circumstance be business proprietary information that was held secret but is being released to prove that the drug in question is efficacious and safe.

The deal offered a ratcheted-down provision relative to biologic exclusivity—whereby if Congress did decrease protections in the United States from the currently available 12 years of data exclusivity protection to the minimum 10 years under the agreement, Mexico and Canada could similarly ratchet down their data exclusivity protections under the agreement. For a time, this compromise seemed to be the likely solution but obviously in the end did not satisfy Speaker Pelosi and House Democrats.

Not only did the president and speaker fail to achieve a good agreement or reasonable compromise on data exclusivity for biologics,  what they have achieved damages the political will around IP by stigmatizing protections for innovations in the United States and making them politically untenable. Data exclusivity in any real or responsible form is now a political hot potato—which, in an election year where campaign rhetoric can already be expected to be imprecise, is likely to lead to such vilification of intellectual property that it will only make it harder for innovators in all areas of technology to succeed.

The failure of the USMCA to deliver intellectual property protections for biologics is a missed opportunity to demand that our closest neighbors live up to higher standards. Negotiating with reluctant trade partners around the world will become more difficult.