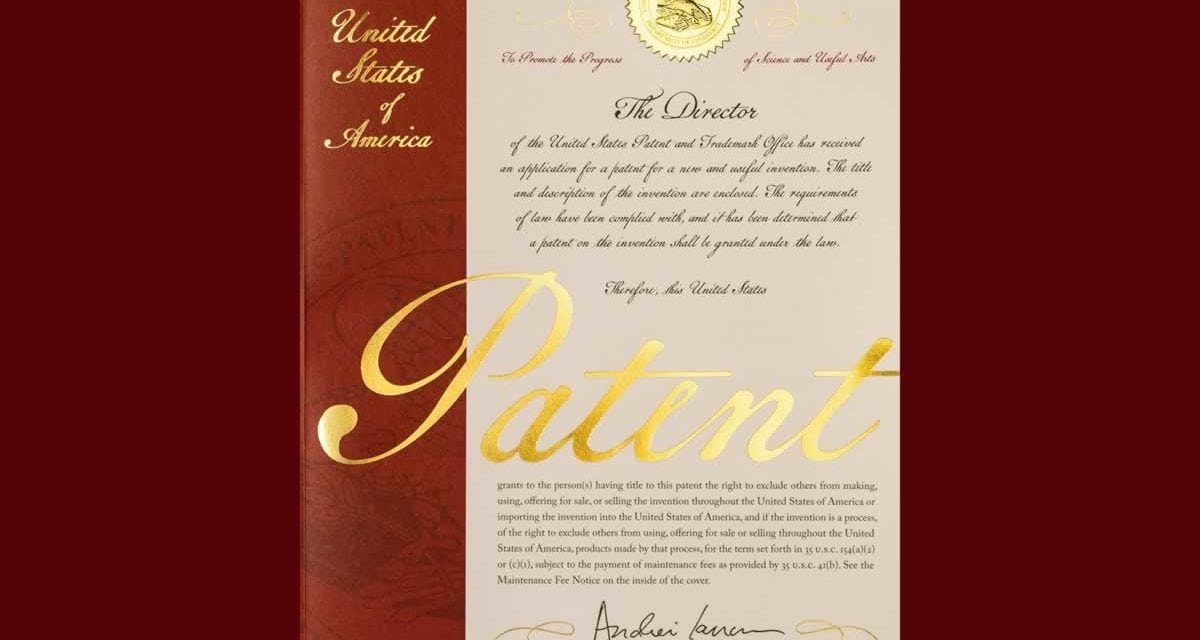 Historic occasions call for historic decisions. The design of an issued U.S. utility patent had changed only once in the past 100 years, until the United States Patent and Trademark Office decided to commemorate the upcoming 10 millionth patent with a new design for the patent cover.

USPTO Brand Management and Visual Information Specialist Jeff Isaacs led a team of in-house graphic designers to create the new look, which underwent several iterations. According to a post by tech expert Lance Ulanoff on medium.com, the team rejected 17 designs. Commissioner for Patents Drew Hirshfeld then made the final selection from three potential final designs; medium.com said that not even White House officials saw it beforehand .

There have been fewer than 12 basic designs in the 225-plus-year history of the patent cover. Previous versions featured calligraphy, elaborate engravings and high-quality typesetting. The last new cover design occurred 33 years ago.

Hirshfeld described a new design that “portrays a modern-day flair while reflecting the history of patent covers by taking design cues from 19th and early 20th century patent cover designs, mostly through the use of script typography and graphic ornaments. When our designers and patents team were creating the new cover, we wanted to create a design worthy of the significant importance that the document itself has to inventors, and its significance as a physical representation of American invention and ingenuity.”

Hirshfeld and USPTO Director Andrei Iancu were among those who unveiled the design during a ceremony on March 11 at the South by Southwest festival in Austin, Texas. Also participating in the unveiling were two Austin residents: Global Research Leader for IBM’s Aging Initiative Susann Keohane, who holds 114 patents and is working on IoT solutions for eldercare; and co-Ethernet inventor Bob Metcalfe, a member of the National Inventors Hall of Fame.

Iancu’s comments reflected on the many important possible future inventions with which the new cover will be forever linked:

“Our new cover, through design, typography, and printing, is a forward-looking, contemporary take on the significance of what the document represents, with a particular emphasis on the value of a patent and its role in the future of our economic and cultural growth.

“And to reinforce the historical significance of the document and its roots in the founding of the republic, we included, along with 19th century type, some key words from the Constitution’s Progress Clause. Just imagine the inventions this new cover will document: new compounds that treat disease, new processes that alleviate thirst and hunger, new machines that take humans to other planets, new devices that can think and create on their own. And, it will document science and technology that we cannot even contemplate today.

“This new cover will document our future.”

Ulanoff echoed the promise of that future. “No one knows exactly when (the 10 millionth patent) will be granted or for what product; let’s hope it’s not a new paper clip or pooper scooper, but all agree that it’s a momentous occasion and the perfect place to introduce a new look for this prized document. One that says this idea is yours, you invented it and no one else can copy it or build upon it without your permission.”