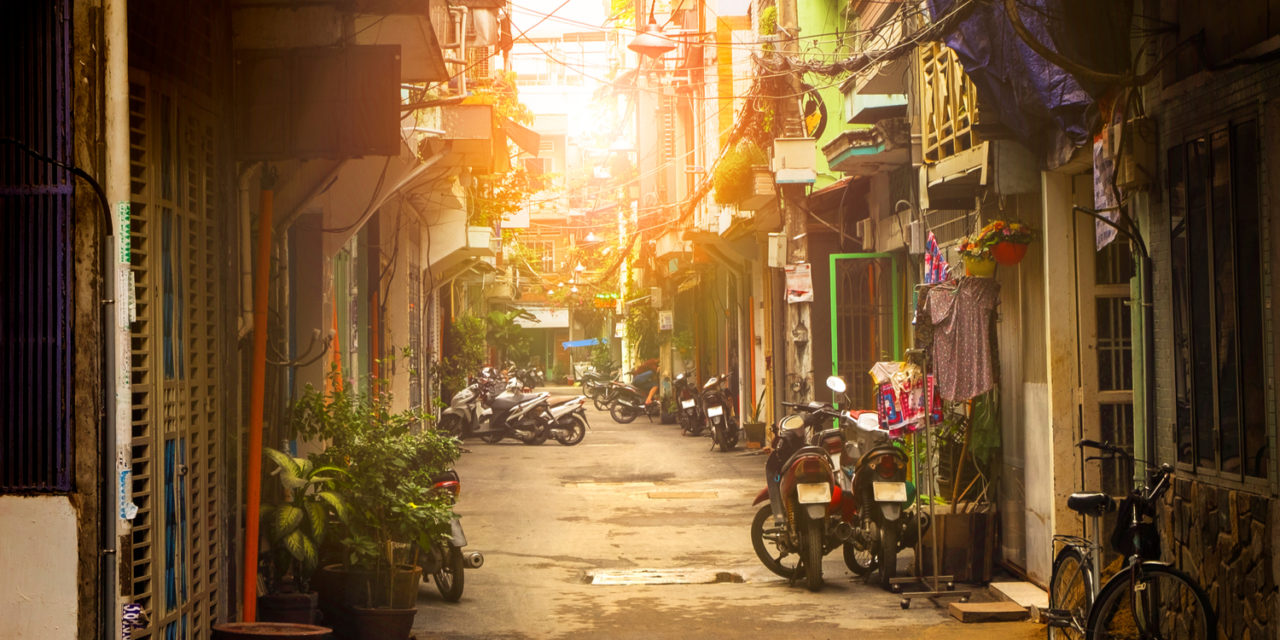 Ravaged by war and the ensuing economic collapse, Vietnam suffered mightily during the second half of the 20th century.

Now this beautiful nation is on the rise. With a few decades of peace, a growing manufacturing sector, a culture that values hard work and an energetic youth generation, Vietnam is poised for massive growth in the coming decades.

So it was with great enthusiasm that I visited Vietnam last fall to check it out firsthand. Ken Burns’s epic documentary “The Vietnam War” ignited my interest in traveling there, but I also have personal ties that added extra intrigue.

My dad served in the Army in the 1st Logistical Command at the height of the war in 1968. He was tasked primarily with repairing vehicles and heavy equipment. It was war with plenty of awful moments, but he had a pet monkey for a sidekick, was largely away from the daily fighting of the GIs, and even got to see a Bob Hope performance. Most important, he made it back.

My travels began in Ho Chi Minh City (formerly Saigon) in the south. My partner Kerry and I trekked north to Hoi An and Hue in the center of the country, with our final stop in the capital city of Hanoi in the north.

Along the way, I met some interesting people and saw just how innovative and hard working they are. I kept my eye open for innovation and saw these highlights.

War brings out the worst in humanity, but it is also a breeding ground for innovation.

The Viet Cong and North Vietnamese soldiers who fought against the Americans used guerilla techniques that were very effective against the heavily armed and multitudinous U.S. forces. This required a great deal of innovation to keep their forces prepared and hidden from the enemy, and my trip to the Củ Chi tunnel complex just north of Ho Chi Minh City showed how clever they were.

The complex was a safe haven for soldiers to rest, eat and receive medical care. However, it was very close to where American forces were stationed, and they took great measures to not be caught. They tended to only cook in the early morning when the fog would be dense enough to camouflage the smoke, and their chimneys were built long and horizontally to allow the gases time to cool and lose their odor before they left the ground.

To mask human scent from American K9s, the Viet Cong would drag sacks of hot pepper or clothes commandeered from U.S. troops to confuse the dogs. If that wasn’t enough, they made sandals from worn-out tires and cut the soles such that they were narrow in the toe and wide in the heel area, the reverse from a normal shoe. So if they happened to make tracks in the dirt, it would look as though they had walked in the opposite direction.

When life gives you a river …

The Mekong river provides millions of Vietnamese with nutrient-rich water for farming and daily use. With the multitude of waterways in the delta, many people take residence on boats.

It was fascinating to see the details of how families set up their houseboats with everyday conveniences. My favorite: With seemingly no place to have a pleasure garden, families instead built container gardens at the bow of their boats with bonsai trees or small herb gardens.

As the lifeblood of the community, the river is used for everything. I watched a woman who lived in a house on the bank of the river use a rope and bucket to retrieve water from the river from her porch without having to walk down to the bank.

The entire eastern border of Vietnam is on the coast of the South China Sea, and seafood is a big part of the diet. While driving from Hue to Hoi An in the narrow central part of the country, you can see many lagoons that are farmed by the locals for shellfish such as mussels and clams.

We stopped at the bank of one of these pools and noticed that the farmers had a unique technique for farming the shellfish. They slit used motorbike tires along the circumference, stack them up and stake them in the water with wooden posts. The shellfish take up residence on the tires and can then be easily harvested by boatmen. With the millions of motorbikes that are ubiquitous throughout the nation, there is no shortage of raw materials for this technique.

Bike in the rain

Vietnam has a lot of motorbikes as well as rain. Because the streets are often narrow and there is no infrastructure to support large vehicles— and there are huge taxes on cars—most of the population uses motorbikes to get around.

But Vietnam’s tropical monsoon climate means that some areas can have constant rain for months, which can wreak havoc for motorbike commuters. Innovation to the rescue.

Vietnamese riders use a sort of motorbike poncho that keeps the rider dry and makes the bike into what looks like a motorized tent. It even has a very clever transparent panel in the front that matches up perfectly with the headlight to keep people safe while riding in the rain at night.