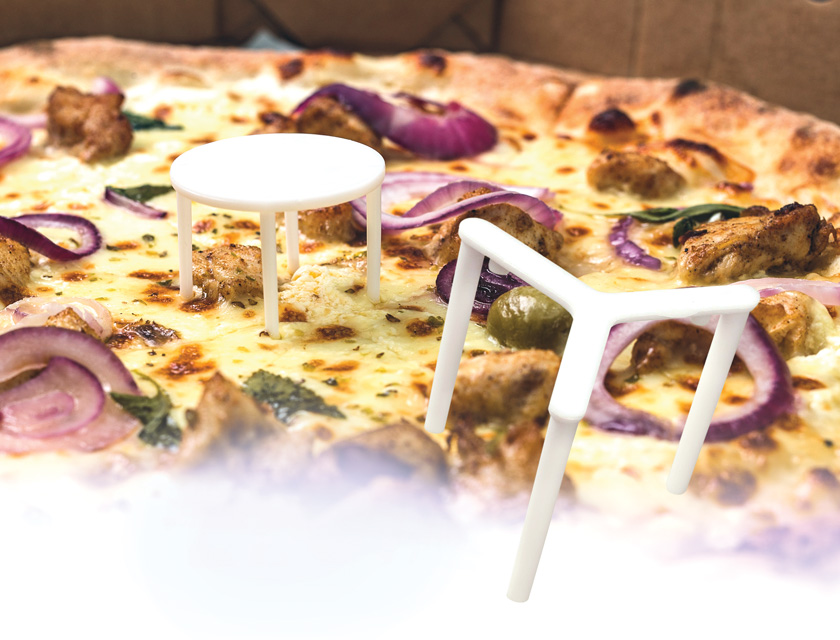 It would be as sweet as a cheese-and-pineapple double crust if Claudio Daniel Troglia got the rightful credit for his invention.

The Royal Spanish Academy reportedly once conducted a world survey to decide the name of that thing after its original inventor, Claudio Daniel Troglia of Buenos Aires, received a patent for his invention: “Pizza Separator” alias “SEPI” on Feb. 28, 1974.

After all, a good pizza is supposed to stick to the roof of your mouth, not the inside top of a corrugated cardboard box.

Troglia’s simple concept was easily copied during those less-litigious days. Because few respected his copyright, he did not renew the patent. He left a lot of money on that pizza table.

Less than a year ago, Troglia was interviewed on Canal de la Ciudad, the public channel of the City of Buenos Aires. He didn’t seem angry about his lost opportunity. But it would be as sweet as a cheese-and-pineapple double crust if he got the rightful credit for his invention.

Go to your favorite search engine and type “Who invented the pizza saver?”

The response will invariably be Carmela Vitale of Dix Hills, New York (on Long Island). The then-“package saver” was patented on Feb. 12, 1985, by this mother, wife and city councilwoman.

Eater.com refers to her “original idea” and the woman who saved pizza. A song was written that bears her name, even though not much is publicly known about her.

But let’s not penalize her for not being the first. It is not known whether she was aware of Troglia’s invention. Her patent application could have been the result of that frustrating lid-sticking hassle when she ordered pizzas for her husband and two daughters.

Vitale did not aggressively pursue manufacturing the pizza savers, even though the cost of the FDA-grade materials is reportedly only about a penny apiece. However, the indigestion starts when one considers expenses such as manufacturing facilities, a molding machine, conveyors, forklifts, storage, even robots.

Vitale still rightfully has a place in invention history for getting the first U.S. patent on the pizza saver. And naturally, variations have followed.

Interestingly, all have expired. But as we know, plastic almost never expires—so these little thingies can also serve as tiny tables for dolls and dollhouses, or even egg holders when turned upside down.

“[Delivery products] require a relatively inexpensive and disposable box or carton. Cartons of this type, and particularly those used to deliver pizza pies or large cakes or pies, comprise boxes with relatively large covers formed of inexpensive board material. Due to the quality of the board and their large size, there is a tendency of the covers to sag or to be easily depressed at their center portions so that they may damage or mark the pies or cakes during storage or delivery.”