Who Invented the Telephone? 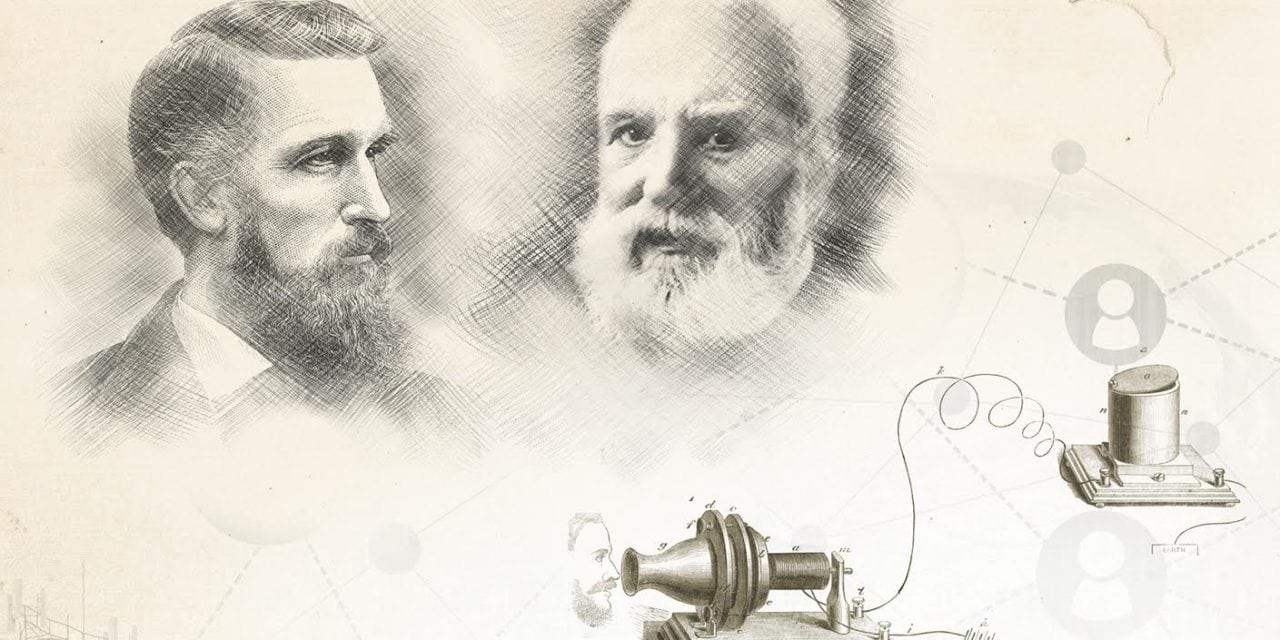 Confusing history shows Bell may be least deserving of distinction, Meucci the most.

We all know the story of how Alexander Graham Bell invented the telephone. Or do we?

Bell was an audiologist. He worked with patients who had hearing deficits. He had only a limited understanding of electricity, which was and is the basis for telephone technology.

Before getting into the technical details of Bell’s invention, consider the spirit of the time in which inventors were experimenting with electricity. Let’s go back to 1844, when Samuel F.B. Morse strung the first telegraph line in the United States. It was between Washington, D.C., and Baltimore, Maryland. That success drove rapid expansion, and it wasn’t long until telegraphy connected much of the country. For the first time, we had rapid communication over long distances.

As telegraphy became commonplace, inventors strove to develop improvements such as the duplex system that permitted transmitting to and from a location simultaneously over the same wire. Also, inventors became aware that the “vibrations” of the dots and dashes sent over wires might be a basis for transmitting the vibrations of the human voice, and the race was on to invent the first telephone.

The key path to the telephone was the development of a practical microphone—or transmitter, as most telephone technologists preferred to call it. Bell’s microphone was a diaphragm coupled to an iron armature. The vibration of the armature caused a magnetic field to vary; that, in turn, caused the current flowing to the receiving telephone to vary. Both microphone and receiver were identical, and a person using the system had to transfer the device from mouth to ear, and ear to mouth—which was awkward when carrying on a conversation. More important was the lack of power that prevented the Bell invention from being useful over practical distances.

Bell filed for a patent on his invention on Feb. 14, 1876, but apparently discovered that Elisha Gray, an American physicist, had filed a caveat on the same day. At that time, the first to invent was declared the true inventor, not the first inventor to file. Gray’s caveat essentially was a placeholder that established his date of invention and his intent to file his full application within the 90-day grace period granted by the caveat.

Zenas Wilber, the patent examiner, was an alcoholic who borrowed money from Marcellus Bailey, a patent attorney an old Army buddy. His payback was the expediting of patent applications for Bailey, rather than cash—certainly unethical if not altogether fraudulent. In any event, Bell and attorney Bailey showed up at the patent office and convinced Wilber to show them Elisha Gray’s caveat. Gray illustrated two needles that caused a change in circuit resistance as they were made to plunge more or less deeply into a conductive fluid by the vibrations of the diaphragm to which they were attached.

Bell amended his application on the spot, hand writing a description of Gray’s invention in the margin of his application, and Wilber accepted the application as though it had been submitted without the surreptitious knowledge of Gray’s caveat.

When Gray filed his full application, it became clear that both inventors were claiming the same invention. However, Bell had his application notarized on Jan. 20, 1876, nearly a month prior to filing it, and Gray was advised to give up because he had no equivalent proof of an earlier date. Of course, Gray had no way of knowing that Bell had seen his caveat and had amended his application at the time he was submitting it to Wilber, and that the notary seal was therefore not valid for Bell’s amendment.

So it seems that Elisha Gray should have been acknowledged as the inventor and patent holder of the first telephone.

Well, almost. German inventor Johann Philipp Reis had invented a workable telephone in 1861, 15 years before Bell. The Reis transmitter consisted of a pair of platinum contacts, one of which was attached to a parchment diaphragm. Reis believed that his modulation of the electric current was due to his contacts ever so slightly making and breaking electrical contact. The courts, however, called the “make-or-break” theory a false theory, and disallowed a patent even though Reis could have demonstrated in court that it worked.

But the principle of make-or-break is credited to Frenchman Charles Bourseul in 1854. He is reported to have said: “Speak against one diaphragm and let each vibration make or break the electric contact. The electric pulsations thereby produced will set the other diaphragm working, and the latter ought then to reproduce the transmitted sound.” Although Bourseul could have made a success of his theory if he had produced and patented a prototype, apparently he was satisfied merely to have had the idea. Had his theory been made public at that time, it may have prevented Reis from patenting his telephone even if the courts had not considered his theory to be false.

The better explanation of Reis’s invention was that it could work either way. In constant contact, the resistance of the contacts would vary with the pressure exerted by the vibrating diaphragm. But if the contacts were adjusted so that they just barely touched, then the make or break mode would also work and provide more intense modulation. We might wonder about the quality and volume of the sound from either method, however.

Reis’s telephone suffered from inconsistent operation due to the humidity and temperature effects that caused the parchment diaphragm to relax some of its stretch. But he did send telephones to several places in the world, including the Smithsonian Institution.

So, then, it’s fair to say that Gray was the inventor of the telephone in the United States, right? Probably not.

Italian inventor Antonio Meucci immigrated to Staten Island, where he developed a telephone based on the generation of electric current by moving a coil of wire to various depths in a magnetic field, such depths being determined by the vibrations of a diaphragm. In effect, Meucci had invented the dynamic microphone. His method of modulation was the best and most enduring basis for telephone technology.

In 1856, Meucci had a working telephone hooked up in his home in order to communicate with his bedridden wife. He wrote down the principle in 1857. Translated from his original Italian, it reads: “It consists of a vibrating diaphragm and an electrified magnet with a spiral wire that wraps around it. The vibrating diaphragm alters the current of the magnet. These alterations of current, transmitted to the other end of the wire, create analogous vibrations of the receiving diaphragm and reproduce the word.”

Meucci filed caveat No. 3335 in December 1871 but failed to show a diagram or adequately describe a coil, coupled to a diaphragm, moving through a magnetic field. So, even though he had proved his invention with a working model, he did not receive good legal help for protecting it. Meucci held several patents in the chemical field, so one should think that he would have been savvy about description in his caveat. He may have intended his caveat to be very general, and that he would be specific when he followed through with his patent application. However, he lacked the money to file and lost fame and fortune to Bell—who  conducted experiments in the same laboratory where Meucci’s materials had been stored and who appears to be the least deserving of the four main inventors of the telephone.

On June 11, 2002, the U.S. House of Representatives approved a resolution that Meucci’s work in the invention of the telephone should be acknowledged. (Many interpreted this as a declaration that Meucci should get primary credit for the invention.) The U.S. news media didn’t seem to consider this a major event, though the resolution was celebrated in Italy.

Were there other inventors? A few. Francis Blake and Emile Berliner invented an improved transmitter using a metal contact against a carbon disk. Later, Henry Hunnings of England and Thomas Edison and Berliner, both of the U.S., independently invented slightly different carbon granule microphones. The principle was simple: Compression and relaxation of the granules caused their electrical resistance to change proportionately and thereby modulate the flow of electrical current over wires to the receiver.

Edison was deemed to be the true inventor of the carbon microphone by the U. S. Supreme Court in 1892. However, a Bell Corp. executive told the New York Times in 1891 that the carbon granule principle had been around since 1854, leaving doubt about whether the true inventor would ever be known or credited.

On April 3, 1973, Motorola Corp. senior engineer Martin Cooper made the first mobile telephone call. We might hope that the evolution of the cell phone has been less confusing and less contentious than that of the land line.