Your USPTO: You Can Honor America’s Best 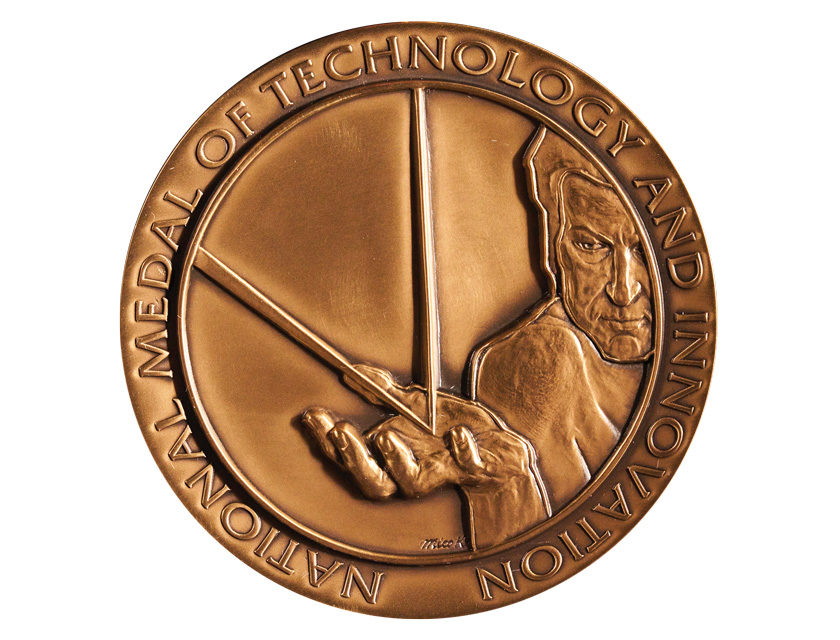 From Steve Jobs to eBay to Lockheed Martin Skunk Works, they and their representatives have met the president of the United States at the White House—and accepted America’s highest honor for technological achievement and innovation.

The National Medal of Technology and Innovation (NMTI) is accepting nomination forms and letters of support at www.uspto.gov/nmti. Anyone can send nominations, which are due by April 30.

The medal is awarded to individuals, teams (up to four individuals), companies, or divisions of companies for outstanding contributions to the nation’s economic, environmental, and social well-being through the development and commercialization of technological products, processes, and concepts, technological innovation; and strengthening the nation’s technological workforce.

The medal is also meant to inspire future generations to prepare for and pursue technical careers to keep America at the forefront of global technology and economic leadership.

On February 24 at 2 p.m. ET, NMTI staff will hold a free informational webinar on the award and the nomination process.